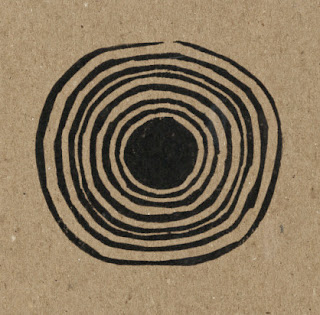 A tasty little nugget that somehow struck me as much more difficult and impenetrable upon first listen than it turned out to be. Jacques (my first exposure to her work, pretty sure), uses "rotating devices", described in the notes as manipulated and amplified motors, and you can hear them in effect throughout (I initially thought turntables or objects thereupon were involved), providing disjointed rhythmic, loopy avenues. Olive here solely employs magnetic pickups, "the engine of a devolved one-string electric guitar". This proves quite ample as the duo constructs very solid, plastic tracks, the motors evoking a presence both corporeal and whirling, Olive's lines (which sometimes sound like toy saxophones or trumpets) skittering through--the thick and the thin. Far from difficult, the music becomes rather beguiling, retaining substantial materiality and an oily/grimy feel (a good thing) but supplementing it with a kind of calm. I've heard a number of things from Olive over the years; this might be my favorite. Good stuff. 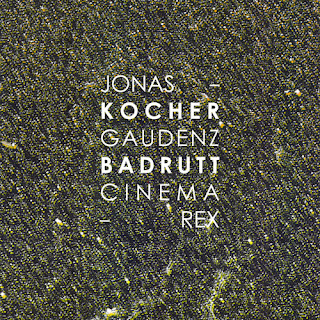 A free net-release recording of an improvised concert with Kocher (accordion) and Badrutt (electronics). Kocher's been gliding more and more into Wandelweiserian ranges in my recent experiences of his work but here, with Badrutt, he modulates that tendency (welcome as it is) just a bit, injecting some amount of stridency and acidity into the often long-held tones. He's both mirrored (in a well-distorted manner) and commented upon by the electronics which are as likely to generate along lines indistinguishable from the accordion as to set up flurries of opposition. The accordion sounds electric and the electronics, acoustic as often as not. There's usually a fine irregularity at play here, not scattershot at all but also without the sense of being confined to a given approach or dynamic level; sometimes, as during a raucous section that begins around the 15-minute mark, there's some vexing discontinuity but even then it's rescued by a charge into the depths. Kocher shows an affinity for his instrument's nether regions here and elsewhere and, happily, doesn't mind letting the reedy textures seep through now and then. The pair's "social insects" in 2012 was less satisfying in this regard, so I'm happy to hear a more cohesive result this time around. Strong performance.

You can hear, for free, for yourself at: INSUB