Some things with words... 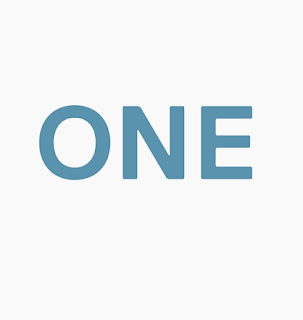 Firstly, I just wanted to make sure people were aware of this marvelous new resource, edited by Ryoko Ayama, Heather Frasch and Daniel del Rio, One.

Issue #1 contains texts by Akama and del Rio as well as text-accompanied recordings by Ryu Hankil (a typographical work based on Ponge's "La Table", but one that incorporates, somehow, resonant qualities of the table), Sarah Hughes (a gorgeous trio performed by Bruno Gastella, Dom Lash and Hughes) and Toshiya Tsunoda (text set against silent video plus extracts from field recordings).

I'm quite excited about this journal--do check it out. 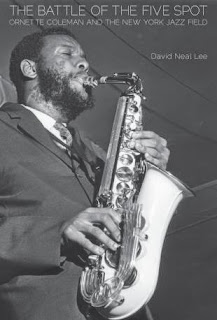 Lee, a former writer for Coda magazine and the author of "Stopping Time: Paul Bley and the Transformation of Jazz", has chosen an intriguing slice of history on which to concentrate in this brief and highly enjoyable book: Coleman's 1959 emergence, fully-formed, onto the New York jazz scene and his virtually immediate ascension into the slot of "the next big thing". Lee chooses not to concentrate directly on the music at all save in the most general terms, instead focussing on the sociological forces at work that enabled an outsider in every sense of the term, someone who hadn't followed the rules of apprenticeship, sideman-activity or working his way through the clubs (as, for example, the equally avant-garde Cecil Taylor had done), to bypass these cultural regulations and garner sought after gigs and an enormous public response from press to fans to emissaries from the aesthetic elite, including the classical world. Lee traces Coleman's journey to that point and drawing heavily upon the writing of the French philosopher/sociologist Pierre Bourdieu and his notions of the "consecrated avant-garde" and hierarchies therein, the lines of power that came together to "allow" such an event in the field of cultural aesthetics.

Engaging and lucidly written, without a trace of academese, it's a fascinating perspective from which to view this sequence of events, an all-too-uncommon stepping to the side and coming at an issue from a new angle. Would that this were done more often. Highly recommended. 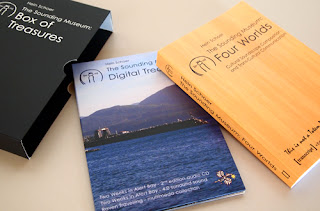 Sound ethnographer Schoer is less than 40 years old but "Box of Treasures" has something of a magnum opus feeling about it. Three discs are included: an audio CD, and audio DVD and an interactive DVD as well as a 400+ page book. The book covers a vast range, much of it fascinating and I daresay invaluable for the field recordist, especially those who re attempting to document cultural artifacts as opposed to those interested in purely sonic phenomena. Schoer does go to great lengths enumerating all manner of technical geekery but his main interest is in the history of sound archiving (worth the price of the set on its own). He provides a good summary of cultural anthropology, stressing sound aspects, from Levi-Strauss and Boas through Edward Said and others, laying great stress on ethical elements of the endeavor. This is all presented in a conversational style, interspersed with tales from the Native American groups he interacted with in and around Alert Bay, British Columbia and his own participation in their daily life, including potlatch event. Schoer comes across as a quite honest individual, providing personal takes and opinions on everything he encounters. If these sometimes cause the raising of a critical eyebrow (naming "Lord of the Rings" as the greatest work of fiction ever, citing some "wisdom" from "Star Wars", claiming to have actually seen the Thunderbird spirit during the above-mentioned rite), one generally welcomes his forthrightness and willingness to spend time making sure things are clear. The book is, overall, an excellent resource.

As you might gather, what's heard on the disc is an attempt (Schoer realizes the impossibility) to convey a sonic impression of the culture, something done both through stories and conversations with members of the Kwakwaka'wakw nation and his own reconstructions of recordings, many of which are indeed post-production feats designed, as he admits, to draw in the listener with elements more "dramatic" than were necessarily captured at a given time or place. Personally, while not uninteresting, I found the CD less revealing of both the people being recorded and Schoer himself than the text.

But if you have any interest at all in this area, "Box of Treasures" is probably a mandatory acquisition; beautifully assembled and presenting a wide glimpse into this particular world.