more from downloadsville. As ever, apologies for the relative brevity but most of these can be heard for yourself, for free. 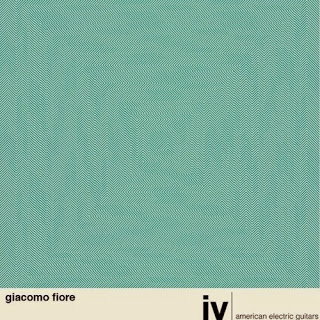 A fine selection of four works for electric guitar. Eve Beglarian's "until it blazes" is a very attractive, propulsive minimalist piece utilizing delay, eventually recalling "Carol of the Bells" before crumbling into a welcome chaos. This is followed by a morsel guaranteed to set me drooling, Christian Wolff's "another possibility" (2004), the piece he wrote attempting to recollect what he could of the lost Feldman score the latter wrote for Wolff in 1966. It's a lovely piece, delicately meandering in ways maybe only Wolff can create, gentle with the odd abrupt spike or surprising rhythmic motif. Beautifully played and, I'm sure of no direct relevance, reminding me of Derek Bailey in a reflective mood. Anthony Porter's "hair of the thing that bit you" is up next and, on the surface begins not so far from the Wolff, though more intrinsically melodic, before segueing into a light, repetitive section, prickly and jumpy, with rock allusions. Finally, Larry Polansky's "freeHorn" appears, a work involving computerized retuning of the guitar in a manner that surpasseth my understanding. Over the years, I've had reservations of much of what Polansky I've encountered (surely a limited sample) but this piece, with its alap-like character and liquid microtonality, is wonderful, happily never really resolving, just wandering off. Good stuff. 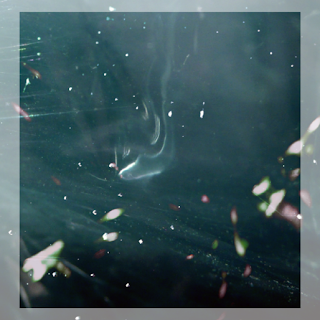 An hour-long work comprised of processed electronic signals, that is to say the sounds emitted by electric devices such as lights, refrigerators, computers etc. Allen, as you can read on the Conv page, was able to unearth all sorts of "hidden" sounds and has woven them together into this entirely enjoyable mesh of hums, static, quasi-rhythmic clicks and more. It can drift into spacier areas than I'm comfortable with from time to time but Allen always manages to wrest things back into more interesting, grittier places, incorporating snatches of voices (phone conversation?) and other harder-edged sounds. Just as I'm thinking it's overstaying its welcome, a new element is introduced that makes the wait worthwhile, as occurs at approximately the 53 minute mark with a wonderfully ringing tone, supported by low, stuttering growls and sandy washes. Check it out. 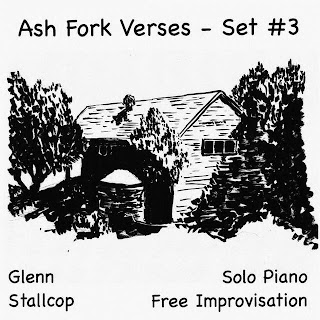 A set of thirteen solo piano improvisations that lie somewhere in the kind of jazz/classical area that I associate with musicians like Ran Blake. Reflective, even gently melancholy, rhythms implied rather than overtly stated, a tonality that hovers around the 1920s French classical world (though suitably Americanized, with discrete bluesy accents), a sort of blurry, sour-tinged (aptly) romanticism. Stallcop has none of the fussiness that often mars such ventures (Jarrett and his ilk); things are pared down, clean and honest. Again Blake or, in his more ruminative moments, Mal Waldron come to mind. No extended techniques, no sense of living in a post-Cage world (or, for that matter, a Skempton or John White-occupied one), which is fine. After a while, I get a sense of sameness from the pieces, all of them occupying a similar area in terms of dynamics, pacing and general content. Extremely well-played and, I'm guessing, right up the alley of more chamber jazz-inclined readers, if lacking some urgency for me. Not a criticism, really, just a taste thing. I'd be curious to hear Stallcop in duo with, say, a Barre Philips or Joe Morris, to hear what else could be evoked.

Hear for yourself at: Soundcloud

Thanks for turning me on to Ran Blake! I can see the comparison.