Gerardo Alejos' and Enrique Rejón's new label looks mighty promising (apart from the fact that they're releasing on cassette...argh. :-) ) and here are the first two offerings, heard by me via mp3. 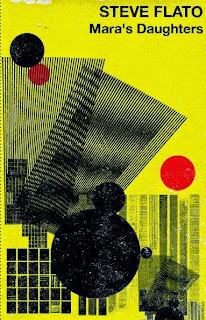 I think this is the first Flato I've heard since his fine collaboration with Vanessa Rossetto, "hwaet" and I'm happy to report he remains as uncompromising as ever. Three pieces totaling over 80 minutes. The title track is a storm of harsh electronics, harsh but somehow not as opaque or self-aggrandizing as much in that vein; a gentle harshness, if you will. Relentlessly abstract and hurtling, it nonetheless feels transparent, like looking at/listening to up close a rapid jet of water, a natural stream at that, containing various kinds of torrents and aquatic life, many layers of such. It's one of those pieces that, on the one hand, seems to be engaging in the kind of kitchen sink approach that almost guarantees sonic mud but, miraculously, manages to balance its elements so adeptly that it takes conscious effort to begin to understand how much is occurring at any given moment. A plug is pulled some minutes from its conclusion, resulting in a certain amount of very appealing stutter, small rhythms becoming apparent during the lengthy winding down. Very impressive, another work that I'd love to experience in situ. "Mara's Veils" is every bit as forthright but sounds quite different, more rhythmically diverse, little ratchets and crystals of sound sprouting up all over, spatially distinct, allowing a good amount of "air" between. Clouds increase, chirps appear as the piece careens into greater and greater density, eventually grinding and fluttering to a halt, again very strong. Given these precedents, the last track, "Salton Sea", is something of a surprise, a relatively soft, grainy soundscape, very atmospheric and with a tonal base. Plenty of sour and sandy lines work their way through the haze, though, providing needed friction as the piece unspools into ringing tones, wildlife before acknowledging those prior tracks with an abrupt, brutal final second. Strong work, highly recommended. 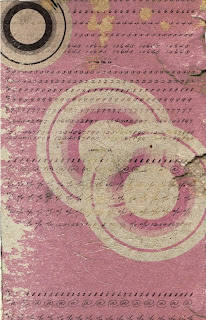 A split cassette, very different works both recorded at the same event in early 2014. The first half of Panzner and Stuart's "We didn't get there tonight" strikes me as both radical in relation to most improvisatory electronics one encounters these days at the same time it hearkens back to Tudor's work in the field. The essential quality strikes me as one of uncertainty, of a "teetering on the brink of disaster" feeling, a harder and harder thing to come by as the technology advances. The piece stutters like some top-heavy robot on spindly legs, always just barely managing to negotiate the landscape without collapsing. Love it. There's something of a drone element in place at all times and, during the work's second half, it comes to predominate, splaying into a prickly set of overlays, again fragile but in the sense of possibly caking and dissembling instead of falling over. It sort of does that in its closing moments, flaking and curdling into a mash of flatulent buzz. Demanding work, really, really good.

"Wolf", from Brogan and Sfirri, involves, well, wolves. Also water, thunder and subtle electronics. The lupine aspect, perhaps inevitably and not at all hurt by the atmospherics, conjures up dark, miasmal images, swamp gas, leafless limbs, the wolves engaging in multipart choruses in the hazy moonglow. It sounds as though some of the howls are processed into low, reverberant moans, the entire performance shifting to a kind of gluey, Seconal vibe, sparked only by the odd rush of static. The piece gradually settles into a kind of serenity, softly hooping bird calls and a distant hum, the wolves' voices penetrating the landscape. Unusual and effective.

So thus far, Lengua de Lava is two for two; here's hoping they keep it up.

A label website, Lengua de Lava is still under construction.

In the meantime, orders can be placed by mailing: order@lenguadelava.org

Hi Brian, thanks a lot for the insightful reviews! Just want to remind people that all orders (and pre-orders) of our tape releases include a lossless DL code. And also thank Joe Panzner for his fantastic mastering work in both releases (as well as Al Jones, who mastered the track "Mara's Veils" in the Mara's Daughters tape), and Matthew Revert for his superb design work. And people can also find us on facebook (as "Lengua de Lava"), where we post updates frequently. Cheers.