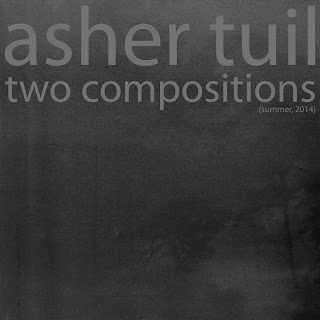 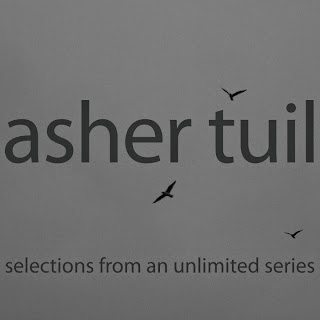 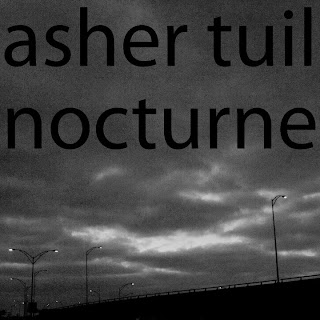 The mysterious Asher (here using Tuil, previously having used Thal-Nir or no last name) emerges from the darkness once again with three offerings all available for listening at bandcamp. I have the general impression that Asher's music straddles something of a dividing line among eai aficionados, many finding that it strays overmuch into ambient territory. I can understand that and, indeed, find it to be the case now and then, both in the past and among this current batch, though it often enough transcends that circumscription, sometimes with extreme beauty.

These recording fall into the long-form, "ambient" bucket (as opposed, say, to Asher's "Miniatures" project) albeit with substantial differences between them. "Two Compositions" is perhaps the most traditional in that sense, with washes of gentle, grainy sound wafting through the room, never confrontational, vaguely tonal with complexities only discernible upon micro-listening. Still,to me, it seemed a bit regressive, covering old territory. I enjoyed the "Selections from an Unlimited Series" much more, in part due to their ghostlier nature, very much verging on a kind of insubstantiality but more clearly brimming with faint layers,sometimes evoking images of distant bee swarms. Instead of wafting through, they left traces on the walls of the room. "Nocturne", in fact, sounds not too unlike a 32-minute extended variation on the kind of music heard in the aforementioned "Miniatures": spectral piano, as though from an instrument that's sat in an attic for decades, its notes drifting through webs, curtains, dust, achingly melancholy. Perhaps too spacey for some but very moving and rich to me.

Hear for yourself at: Asher's bandcamp site