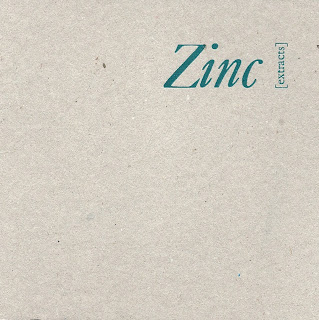 A delightful jewel, this 3" collaboration between Cornford (piano feedback) and Rodgers (piano, objects). Three cuts, about three, seven and ten minutes, forming a very lovely and full suite, the feedback imparting a strong but not too obtrusive scrim in which the tingling and buzzing sounds created inside the piano by Rodgers become embedded, slip out, catch again further on. The elements are delicately distributed but are themselves quite vibrant and tangy, making for a wonderful yin/yang, tickling the ear while stopping just short of scraping it. Put it this way: without entering his particular melodic territory, it's the kind of music I could imagine Tilbury creating, high praise indeed. Get it while it lasts--at 100 copies it may not be for long. 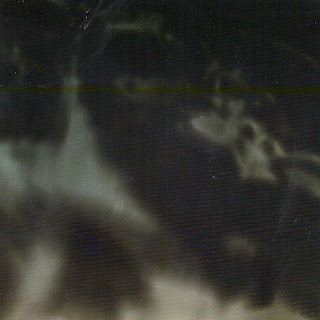 Actually something of a duo as the source sounds for "Aura" were performed by percussionist Pilar Subira, the results edited by Costa Monteiro so as to cut "the attack at the point where the impact disappears and the harmonics start, keeping only the natural resonance and decay of the sound." [Costa Monteiro's notes]

Given that, it's not surprising that what one hears is a sequence of hums resulting, often from bowed metal, at some times silvery and glistening, at others dark and foreboding. There are a couple of brief volume surges but by and large, we're talking quiet, rich, acoustic drones. At 51 minutes, it palls a bit if one is listening very attentively, but it works fine as a domestic aural tinge. Not my favorite work from Costa Monteiro by any means--I think I prefer when he balances between this kind of area and brutalism--but not bad. 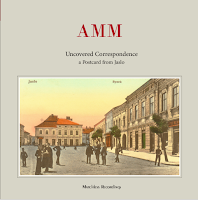 I'm not really interested in reviewing it as such but just wanted to make a general comment about the current incarnation of AMM, especially when they perform without guests, as on this new release. That is: I find myself listening almost entirely to Tilbury. His presence and extraordinary musicality simply cause the music to wobble out of balance. AMM needs a Rowe to act as a counterweight; Prevost isn't enough and, unfortunately, gets relegated to a kind of background noise. At the end of the concert here, Tilbury is so ridiculously beautiful that almost any additional contribution is beside the point. I think only Rowe, by insisting on interjecting a kind of real world harshness into the proceedings, would provide an element that could actually enhance the music, give it an additional dimension.

"Very curious to get reports of the pair's concert this weekend at Instants Chavirés."

OK, so I can't write about this concert at my blog for a little while because, well, I wasn't really supposed to be off of work to attend it, and one or two of my work colleagues do look at what I write there occasionally, so a few words here for now...

It was as wonderful as you might expect, as powerful a performance as I have maybe ever seen. Compared tot he Doris recordings, it was quieter, with the music frequently buckling under the tension to fall into silence, Keith allowing some droning sounds to build and pull the music towards climaxes but also often cutting them off so everything hung in space.

Things opened with John playing sprightly melodies and Keith adding just small abrasive sounds but moved soon after to some truly beautiful sections where Keith let hissing, buzzing little moments to arc up, pulling John along, Feldmanesque arpeggios to the fore... One truly wonderful moment occurred about third of the way in when things built and built to the point where Keith had allowed the sound to flow into a throb, and for the life of me I expected a Cathnorian attack from John, hammering down on the keys, but instead he took a tiny black box from his pocket, which he blew into, so emitting a stream of imitation bird calls. this immediately threw Keith into matching the sound with an equally high whine by placing his handheld fan against something or other...

So it was incredibly tense and powerful, big holes appearing int he set here and there, some lovely accidents happening (Keith knocked over his stood-up fan at one point with his elbow, but then seemed to do it again and again on purpose) John often took to a strange percussive pattern in which he danced his fingers madly over the keys without ever fully depressing one, so creating a gentle patter of sound rather than any tones as no hammer actually met a string apart from the odd place here and there where he judged it wrongly...

This was how the set ended with Keith silent, and John playing this strange virtually silent dance up and down the keys... there followed several minutes of silence wherein Keith refused to let his eyes meet John's until he was fully satisfied it was over and the audience clapped for ages...

The audience played their part as well though, probably wrecking the recording that was made as half the room (there were maybe just fifty or sixty people there as the gig took place amidst a Parisian snowstorm) seemed to want to cough and bang doors throughout. I've been known to complain about London audience noise before but this was far worse...

Anyway, a special evening. So great to watch Keith and John get on well at dinner beforehand and hug at the end of the set. One hopes this won't be the last time they play together now.

sorry Brian for hi-jacking your blog ;)