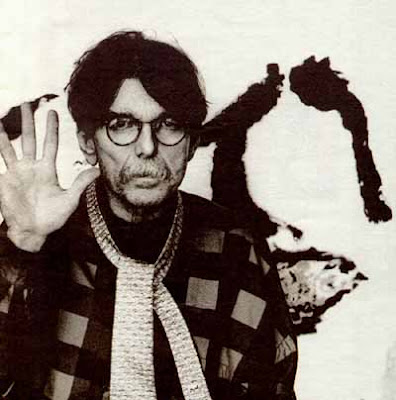 It was probably late 1970. I was 16, had been getting more and more into the burgeoning prog rock of the period (Crimson and Soft Machine, in particular) and, I think, had just heard Zappa for the first time. Rolling Stone (which, for the benefit of youngsters, actually was a largely music-oriented publication at one time) did something that, I think, may have been unprecedented, at least for them: they published four reviews by different writers (one was Lester Bangs, don't recall the others) of Captain Beefheart's "Lick My Decals Off, Baby", all raves. This caught my attention.

To my eternal shame, the next time I found myself in Recordland, Poughkeepsie's main record shop, I saw the album but instead opted for, gulp, Mott the Hoople's second record, the one with Thunderbuck Ram on it. What a mistake. In any case, returned shortly thereafter and picked up Decals. Changed my musical listening life, that album.

To say I'd never heard anything like it would be an understatement, yet I loved it immediately, everything about it. Thinking back, perhaps what stood out most of all was the band's way with rhythms. I'd already acquired an abiding dislike of standard rock rhythms, one I have to this day. There's little more boring to me than the plodding rhythms heard in 99%+ of rock. Whatever virtues a song may otherwise have, this often kills it for me. With Beefheart, not only were the rhythms themselves intricate, baffling and entirely dislocating (to me, then) but they shifted multiple times, six, seven, eight, during the course of a single three minute piece. There were odd instrumental interjections--solo bass (oh, how I still love those Rockette Morton lines), guitar/marimba, etc.--abrupt squalls of noise, that odd caterwauling banshee sound that my naive ears likely couldn't even place as a soprano sax.

And the lyrics. If there was one thing that rivaled rhythmic puerility in my growing distaste for rock, it was lyrical banality. Safe to say that wasn't one of Van Vliet's problems. Neither tawdry "I love you" nor the vapid fantasies of the prog crew, it was that special kind of surrealism with roots deep into the everyday--ironic, often very funny, but as perceptive as hell, the product of someone who clearly spent his life looking at, listening to and thinking about things.

(I should mention that, to the extent I've read up on it--not exhaustively--I side with the faction that spreads the credit around the Magic band, particularly to John French and Bill Harkleroad. Where those lines should be precisely drawn, I've no good idea.)

I quickly picked up "Trout Mask Replica", an even greater ear-expanding experience in many ways. To this day, they're my two favorite rock albums (to the extent you want to term them, "rock"). I find them nicely paired, TMR perhaps more protean in terms of pure creativity, Decals more refined but not near the point of sanding off the edges. I've never tired of them over the years, often pulling out one or the other and settling into the bliss.

Listened to "Spotlight Kid" and "Clear Spot" as they appeared, enjoying them greatly, if a bit chagrined at the apparent veering toward straighter (relatively speaking) r&b, though these days I enjoy them just fine. Then the creative trough of "Bluejeans and Moonbeams" and "Unconditionally Guaranteed", the latter one of the single most depressing things I've ever heard. I know "Shiny Beast" is held in very high esteem by many--I find it inconsistent, only the title track really holding up to previous work. Enjoyed the last two records much more though, probably having to do with the band personnel and their own creative contributions, I don't know that it was possible to entirely recapture the magic of the earlier groups. Listening to a number of the archival issues that have surfaced over the last 10-15 years, from 1965-70 especially, I'm consistently astonished at the things this group was attempting and often accomplishing.

So, Van Vliet died yesterday, at 69, after a decades long battle with multiple sclerosis, not having recorded any music since 1982, though continuing to paint for a good while. I went to an exhibition of his paintings at the Knoedler Gallery here in NYC, I guess in the mid 90s and was impressed, mostly by the sheer humanity present in his works, the animal affinity, the truly, in the best sense, childlike quality of them.

Listening to Trout Mask and Decals this morning, on vinyl, they're as brilliant as ever. I've mentioned before that it through an interview with Van Vliet that I first cottoned on to Ornette, in early 1972, a crucial exposure for me. I'm not sure that there's another musician who was more fundamentally influential on me than Van Vliet.

Thanks for everything, Captain.

The way I keep in touch with the world is very gingerly, because the world touches too hard.--Don Van Vliet

I think I've read the most honestly heartfelt tributes to him here and elsewhere on the internet of any musician who's passed on,