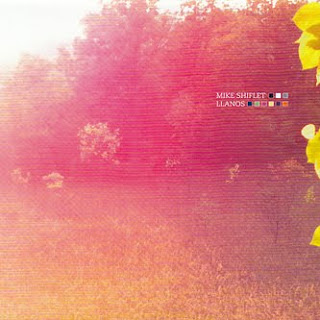 So dense and rich...Though divided into six tracks, I tend to hear "Llanos" as an enormous block of sound with a complex, sponge-like structure that allows for a huge amount of spatial/aural perceptive activity on the part of the listener, focusing in on any number of layers and plies. Throughout, within the noise, melodic patterns persist and repeat, simple, almost carillon in nature as though one's hearing a distant bell tower through a maze of engines, traffic, wind, rain etc. Humorously, and very effectively, the three-note, descending "theme" of the fourth track, "Sunbathers", is a dead ringer for the opening notes of "Einstein on the Beach"; I kept expecting to hear female voices counting, "1, 2, 3, 4...". As is the case with the Fages recording below, Shiflet does a fantastic job dovetailing melodic elements (often subtle) with noise, adding to it an undercurrent of sheer voltaic power that makes the music absolutely gripping. Wonderful release. 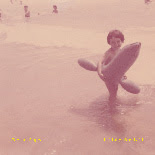 A lovely LP by the ever-surprising Fages (guitars, melodica, electronics, field recordings), in the company of Lali Barrière (guitaret, metallophone, electronics). The same piece occupies both sides, first acoustic, then electric. It's a really enchanting mixture of extended song form and extraneous sounds, the former via guitar, metallophone and melodica, expounding several gentle, quasi-melodies, pastoral and, yes, lullaby-ish, floating over and among bowed metal, arcane electronics and ambient recordings. A real joy if your taste, like mine, doesn't preclude objects of shining beauty. 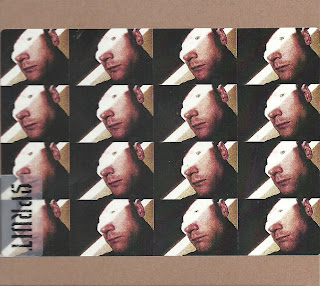 A brief (16 minute) CD containing two tracks of insect-inspired noise. Spruit seems to have taken a huge number of recordings and samples (from a no-input mixer, among other sources) and stitched them together in a rapid-fire cascade of tiny sounds, explosions, magnetic tape-type buzzes and countless other parcels whipping past your ears before you know it. Much like fast-flitting gnats, perhaps. Harsh, astringent, not as enveloping as I'd like to hear, something flat about the sound field, but very much in-your-face and intermittently exciting.