I get a lot of discs sent my way, more than I can reasonably deal with as far as writing full reviews for Bags or elsewhere. It's not just that I'm not crazy about a given release but more that I can't think of much to say about it short of a blow by blow run through of sonic events, which is pretty boring. But I feel a bit guilty about not doing something with them. So I've come to a partial resolution. I'll differentiate between arrivals from people who mailed me in advance asking if they could send something; in those cases, it's on me as to whether or not I think the recording will fall somewhere in my areas of interest. Also, labels in whose releases I've historically been interested and with whom I have something of a relationship, no problem; in both cases, I'll write them up for Bags. But for items that show up out of the blue (something I quite like, actually) and which don't move me one way or the other, I think I'll just list them here with a brief summary.

Three such discs arrived in recent days that fall into this category. 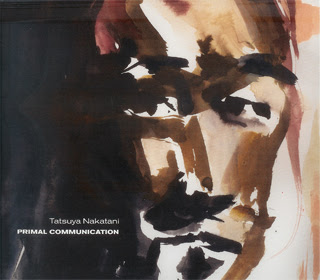 First up is Tasuya Nakatani's "Primal Communication" (H&H) an hour-long solo percussion outing. I was into it for about the first ten minutes but then Nakatani began to gradually lose me, mostly because of an insistence on ceaseless activity that, to me, bore no sensitivity to sound placement, as though pure ardor and will was enough to carry the day. It may well be for some listeners, but not for me. Where's Jerome Cooper when you need him? Available from H&H

Then there's Extenz'O (Marmouzic), a trio led by Christophe Rocher (clarinet) with Olivier Benoit (guitar) and Edward Perraud (drums), on this disc augmented by Sylvain Thévenard (sound). It's something of a mystery how this and two prior discs by the large ensemble La Pieuvre (which also features Benoit) are getting to me. I wrote up the first La Pieuvre recording, unfavorably, at Bags but another arrived a couple months ago that was really just brutal. I just filed it away. This group is better, something of a avant jazz rock band, though well outside of my interests. At its best it gives a glimpse of what a John Carter/Sonny Sharrock band may have sounded like, but generally it's far too cluttered and anachronistic (it could have been recorded in the mid 80s, really) to generate much interest from me. marmouzic 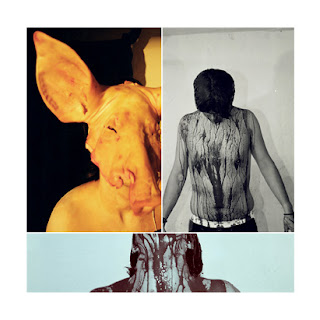 Edorta Izarzugaza, a Basque musician out of Bilbao, provides three dark dronescapes on his "Autoerregistroa" (Hamaika). This is a case where the music's fine enough, fairly consistent and well-intentioned, but just doesn't really make an impression or enable me to say much more than, well, three dark drones. The tonalities, to me, imply a background in rock--there's a sense in which they resemble expanded versions of Fripp passages or even, for that matter, variations on Fripp/Eno work, scruffed up a bit. Some nice, atmospheric, Fenneszian guitar work on the second track and, as I said, not unenjoyable, just unremarkable. hamaika
Posted by Brian Olewnick at 12/01/2007 10:05:00 AM

What '80s stuff would you compare Extrenz'O too?

Jeez, I'd just about gotten this one out of my memory....

Dunno, maybe something like a white, downtown version of the Music Revelation Ensemble? Some of the rockish groups that guys like Jenkins (Sting!) started? It just had that hyperactive, jittery feel that I associate with avant jazz rock of the mid to late 80s.