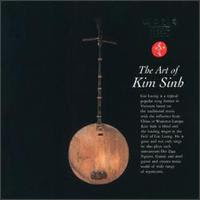 I played a track from this album at Record Club last night. I think it may have been the first King World Music Library disc I ever picked up and, like virtually everything I've heard from that label, it's a wonderful one. In prep for last evening, I did a bit of searching on Kim Sinh and found that there are apparently a handful of other discs around (including one on Caprice from 2003) though they're not easy to come by. If anyone knows a handy source, please let me know.

He's a pretty amazing musician, here playing guitar in a style you'd swear was blues inflected but purportedly he grew up ignorant of non-Vietnamese music (he was born in 1933, I believe). Whatever the case, he plays and sings beautifully. I played the last track on the album, a duo with a female singer whose name escapes me. The basic song structure seems to me to be not atypical of southeast Asian pop (the piece was written in the late 50s) but the intertwining voices, in very Vietnamese mode, set against the quasi-blues guitar is a thrilling juxtaposition.

I need me more Kim Sinh! 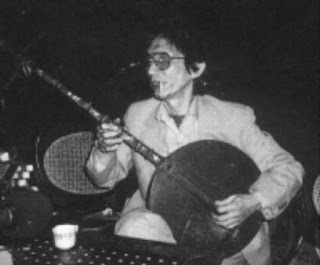 Other selections I enjoyed last night: Nayland brought Ukulele Ike doing "Paper Moon" (!), Nina played a local fellow....I want to say David Skinner but I think that's wrong...doing some warped slide guitar work. That was just before my slot with Sinh, so the segue was excellent. And Derrick closed the evening with a lovely rendition of "How You Gonna Keep Him Down on the Farm After He's Seen Paree" by Andrew Bird from a 3-disc compilation of American songs that, as I understand it, was compiled at the suggestion of Janet Reno (!?!?!?!). Whatever, it worked.
Posted by Brian Olewnick at 11/30/2007 09:47:00 AM

you should be able to get the Caprice CD via their website. There's an interesting webcast from an australian radio station. And the waterlily acoustics label is apparently going to be releasing a Kim Sinh album at some point in the future...

Thanks! I'll look into the Caprice and anticipate the waterlily acoustics release.