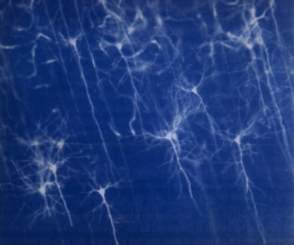 While he was here last month, I picked up four discs from Julien Ottavi: the most recent three issues on fibrr and one from noiser.

The latter is a very obscure little item called “The Noiser – Noise Serie #2”. If you go to www.noiser.org, there’s nothing I can see about it. I think Julien said something about it being a compilation culled from the streams of sound that used to be (are still?) found at apo33, generated from a mic hung from a window in Nantes, the recorded sounds subtly processed. When I had my own office, I used to play that for hours on end, resulting in fine bemusement on the part of droppers-in. This disc contains four tracks. The first is a steady state, low rumble for about 20 minutes; rather nice. Track two is quite different, an off and on series of cracking static bursts, eventually increasing in volume and accompanied by (possibly) the enhanced roars of passing trucks. Static takes up most of the remaining time, growing somewhat sparser as the disc progresses. It’s OK, though I missed the hum of the opener.

007 – Grand Orchestre d’Ordinateurs – GOO. Apparently an assemblage of computerists (though no personnel is given) and the result of a performance in November 2002, though details are murky. Exchanged sound files figure into the mix, though the ambience of the room is also heard. It begins overly bloopy for my taste and returns to that area too often. In between there are some nice, full passages, though the fuzziness of the recording makes one sure that being in the hall would have been an entirely more rewarding experience. Has it’s moments, but not a must.

008 – Formanex – Pic-Nic. A 2002 collaboration with Jérôme Joy who, I gather, co-wrote an interactive computer program which gathered in and processed sounds created by the members of Formanex, and so on, back and forth. I found it pretty dull, the sounds themselves tending too much to fall into that bloopy electronic area redolent of primitive synth and tape sounds (not in a good way) and their deployment, bland.

009 – Le Poulpe. I have little to no idea of the sources of this disc. I know Julien’s involved though I don’t know if others are as well. It comes with a 44-page mini-magazine which probably explains a lot but it’s in French and I haven’t had the time or patience to sit down and translate it (Perhaps one of my thousands of French readers could help out!). All I know is that the mag contains many circuitry diagrams as well as illustrations of a synaptic nature. It appears to be largely, maybe totally, made up of processed field recordings but whatever the case, it’s excellent. Hard to describe why, just that the way the sounds are laid out, the accents and relative prominence given to different elements just feels as though guided by a confidant and imaginative hand. Really, one of the better things I’ve heard this year.
Posted by Brian Olewnick at 11/19/2007 07:02:00 PM

Perhaps a tonic for the lackluster stuff reviewed here is Ottavi's contribution to the Sirr compilation ...to Maurice Blanchot. It's a 2004 release, but new to me!
Do you own this one, Brian?

Hi Jesse, no don't have that.

But to be clear, not everything was lackluster--the Poulpe is excellent as is the first track on Noiser.