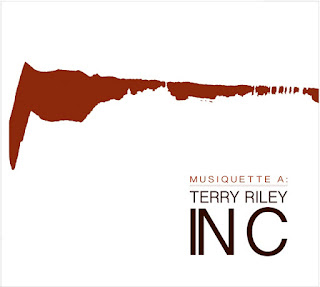 A quick glance over at Discogs shows me 20 or so recordings of Riley's 'In C' which strikes me as eminently appropriate as, in my opinion, it's one of the major works of so-called minimalism if not the apotheosis of the genre. It has a bit of everything: some process music, some improvisation (with regard to choices made by the performers), an irresistible rhythmic drive, the possibility of being well-played by amateurs (as opposed to another masterwork, Reich's 'Drumming') and many other fine qualities. Additionally, while always retaining an essential character, the specific results of a realization will vary widely, including insofar as the instrumentation chosen. I've recently heard recordings by a Malian ensemble (African Express) on local instruments, one by Acid Mothers Temple and another by Brooklyn Raga Massive. At hand is a 2018 recording by a 15-piece Polish ensemble led by xylophonist Hubert Zemler which includes hurdy-gurdy, bass clarinet, voice/cello, two violins, two hammered dulcimers, voice, double bass, three-row accordion, viola, positive organ/celesta and alto clarinet.

There's a stated objective here to, among others things, impart some kind of Polish inflection to the work and, indeed, some 20-odd minutes in, the accordion, while presumably following the score, manages to inflect it in a way that suggests a mazurka. This is fine and even welcome, but there are several aspects that gnaw at me a bit: something of a leadenness in the underlying pulse, where I want to hear lightness; the over-emotiveness of the voices (both female); the apparent strategy of group decisions on crescendi and diminuendi at a number of points, reducing this down to one or two instruments, building back up--I prefer letting the instrumentalists "do their own thing" and whatever mirage-like structures emerge or don't, great. These quibbles aside, it's a very rewarding performance--one of the virtues of 'In C' is that this is a strong likelihood, if not a guarantee. The 53 short notated sequences, ranging from a single note to very brief melodic series are superbly chosen. One recognizes certain motifs, old friends popping up in slightly new environments while others seem entirely new (I wonder). When the ensemble gets cooking, a fine, thick stew is created, instruments plunging into and emerging cleanly from the mix, very juicy.

I imagine there are listeners who collect every new reading of 'In C', a not unreasonable obsession. While I always return first and foremost to the original 1968 recording, this one is certainly a worthwhile addition to the canon. 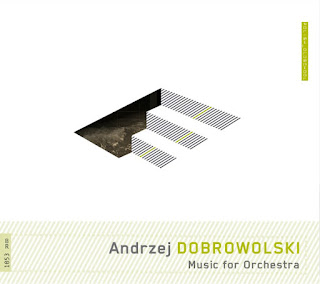 Unlike Riley, above, Dobrowolski (1921 - 1990) is an entirely new name to me. He was a pioneer of electronic music in Poland and the teacher of, among others Bernhard Lang. This collection, however, includes only orchestral works, pieces dating from 1964 - 1982, played by the Polish National Radio Symphony Orchestra (four tracks, conducted by Wojciech Michniewski, Zdzisław Szostak and Stanisław Wisłocki), The Polish Radio Symphony Orchestra (conducted by Monika Wolińska) and The Kraków Polish Radio and Television Orchestra (conducted by Jacek Kaspszyk).

'Music for String Orchestra and Four Groups of Wind Instruments' (1964) has quavering string passages that remind me of Penderecki from  around that time, but much of the rest of the writing is more traditional, the flutters and wavers balanced with (lovely) sequences that sound more out of Prokofiev; a charming piece, all-told. 'Music for Strings, Two Groups of Wind Instruments and Two Loudspeakers' (1966-67) is more contemplative, soft and dark with brief explosions from the winds. The tape sounds are very well integrated, the whole piece breathing and pulsating back and forth among the three sections, very impressive. The following work, 'Amar. Music for Orchestra No. 2' (1970), expands the palette further, muted trumpets skittering past low, growling strings and clusters of winds in quasi-syncopated patterns, almost hocketing with each other. Dobrowolski seems to like leap-frogging from one notion to the other, though he manages to avoid any sense of collage and somehow provide logical cohesion. Still some vestiges of Penderecki in the sudden outbursts of caterwauling strings (or maybe Penderecki borrowed from Dobrowolski?).

He pulled no punches with 'Music for Orchestra No. 3', accentuating the percussion amidst blusters of brass, conveying a sardonic martial aspect, though concluding with ghostly, very beautiful strings. The beginning of 'A-LA. Music for Orchestra No. 4' (1974) seems to nod toward minimalism, though of a fractured, chromatic sort and, while subsiding, kind of percolates throughout the work, offset by swarms of high pizzicato strings, upsurges of brass and delicate and dance-like woodwinds. Finally, 'Music for Orchestra No. 6' (1981-82) is thinner, wisps of strings, airy while retaining grain and even bitterness, until wooden percussion and tympani conclude with something of a flourish, but not quite dispelling the somber/ethereal mood.

A rewarding collection. I'm very glad to have had an opportunity to hear Dobrowolski's work and, as is often the case with releases from Bôłt, happy to continue to expand my knowledge of and appreciation for this vast amount of Polish 20th century music that was unknown to me and, I daresay, to many on this side of the world. 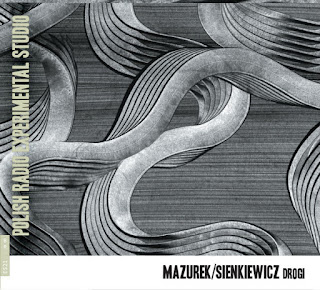 This recording is a kind of homage to Bohdan Mazurek (1937 - 2014) by the younger Sienkiewicz (b. 1976) as well as to the Polish Radio Experimental Studio where Mazurek produced much of his work. It consists of one piece by Mazurek, 'Little Electronic Symphony', followed by eight from Sienkiewicz.

The Mazurek piece dates from 1986 and, for my money, isn't as probing and deeply felt as earlier music by him, such as 'Bozzetti' from 1967, a favorite of mine. There's too much of a synthesized sound here, an odd "eeriness" that sounds, at times, like Sun Ra's space organ forays of the 60s. Sienkiewicz's tracks are clearly more technologically advanced, very dense and layered while maintaining a fine amount of sonic separation between elements, those elements containing great variety themselves, from the (mostly) abstract to those sourced from distorted captures of other music  or field recordings. It's a bit too IRCAM-y for my tastes, too effects-driven, though listeners thusly inclined will find much to enjoy here as it's all accomplished super-professionally. I just prefer...less sheen. 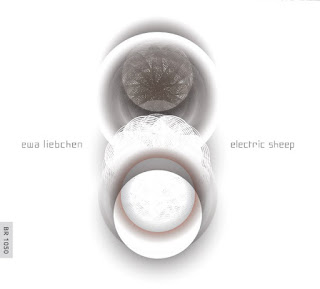 Liebchen is a flutist and for her debut recording, she's chosen to perform five compositions by Eastern European composers and one ringer (see below) that combine flute with electronics or percussion.

The initial work, 'Halny', by Sławomir Kupczak, is a propulsive piece of skittering rhythms and beats that rush along in various meters and timbres, buttressing flute playing that at first huffs and puffs alongside, then shifts to long, plangent sighs, then resonant pops and clicks and more--a show stopper. Artur Zagajewski's 'Composition arithmétique' is an odd one, maybe a little in Tom Johnson territory, a string of steady, mechanical pulses, varying in pitch, occasionally doubling up, exactingly accompanied by short, high bursts from the flute; it wears out its welcome to these ears well before its almost 17 minutes are up. 'DW 21...and we just keep on pretending...', by Bernhard Lang, with participation by percussionist Hubert Zemler, begins grimly with dark lines, then shifts to a kind of sprightly dance with light wood blocks and flute--I'm guessing sardonic intent, but hard to tell--nice piece. The ringer here is 'Ruckzuck', a song originally released by Tangerine Dream in 1970. Zemler again provides the drums over which a double-tracked Liebchen plays in a rhythmic manner. It feels a little bit tossed in as appeasement, sort of like the Kronos Quartet doing 'Purple Haze', but I suppose chugs along reasonably well on its own merits. László Sáry's 'Magnificat', with soprano vocals from Joanna Freszel, bears some resemblance to Reich's 'Tehillim', with a softly pulsing flute line weaving around the melodic arabesques of the voice--very pretty and engaging and just the right length. The disc concludes with 'Puja', by Rytis Mazulis, another piece in the minimalist tradition, here more a recollection of early Glass, with rapid three-note patterns repeated on end (and, I think, electronically enhanced--eventually the music sounds as much organ-generated as flute) with a sense of gradually rising. These patterns soon begin to overlap, creating a welter of interactions, verging on the chaotic, but always held in check by the consistent rhythm. A fun work.

And an interesting first effort from Liebchen. I'm curious to hear which composers she tackles next.

He is the oldest person I know as a college student. He has many good songs that I often listen to. His music is shared on ringtones websiteoverview. All of them are top of the download