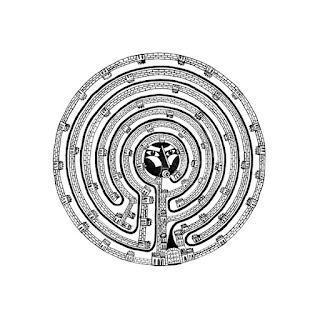 A site-specific work by Kerbaj, scored for 49 trumpets (seven groups of seven) to be performed in the Großer Wasserspeicher (Big Reservoir) of Berlin-Pankow. Not that it matters, but only a handful of the trumpeters (Axel Dörner, Sabine Ercklentz, Tom Arthurs, Nikolaus Neuser) on this LP were familiar to me--but the music is entirely a group effort. Kerbaj takes as his initial inspiration the biblical story of the Walls of Jericho and their subsequent tumbling, mapping it onto current or near-pst situations such as the Berlin Wall, Israel's wall of separation or Trump's proposed border wall, with the goal of hoping that music can help eliminate these barriers. The work is in several sections, beginning with a host of clicking sounds, moving on to sweeping breath tones (49 trumpets can create quite a wind storm), gradually introducing shofar-like calls and then purer brass notes and finally shouts of "Walls will fall!". The Großer Wasserspeicher is quite a unique space, structurally and sonically, so the home listener necessarily loses a good deal of the experience (though the video excerpt below gives you something more of the idea) but still, the massive reverberation of the buzzing of the horns is very impressive. 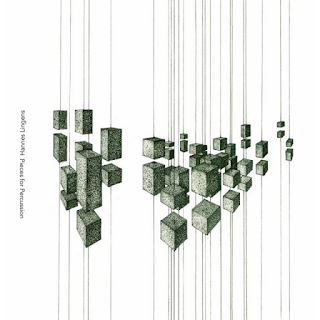 I've always enjoyed, on recording and in live performance, Lingens' sense of restraint as a percussionist, his willingness to concentrate on single aspects of his kit and investigate them with care and patience. This LP continues that practice. The opening, 'Cymbal I', is ninety seconds of "simple" dulled taps on a cymbal (or gong), irregularly spaced and vaguely connotative of ritual; quite moving. 'Goofy Footer' involves dense washes of cymbals (for four players, it's overdubbed by Lingens here) that accumulate and disperse in waves throughout the piece. The next, the first of two versions of 'Arhythmic Perfection' is for bells, exhibiting a similar quasi-rhythm as was heard in the first work, extremely natural and engaging. 'Etwas Runder IV', closing the first side, is an extended snare roll within which Lingens constructs all manner of pulses and ripples, really fascinating, with more colors than you could possibly anticipate. Much of Side Two is given over to 'Four Cymbals'. an exercise in everyone's least favorite avant-percussionist technique, cymbal bowing. But Lingens pulls it off quite well, layering the tones, which range from high (but not shrilly piercing) to very low, creating a taffy-like flow. The final piece, 'Early Spring', is a lovely outlier, consisting of a field recording (or two), outdoors, with children, birds and others in the distance. The only contribution from Lingens that I can discern (I think) is a periodic low, woody tone. Wonderful work all around. 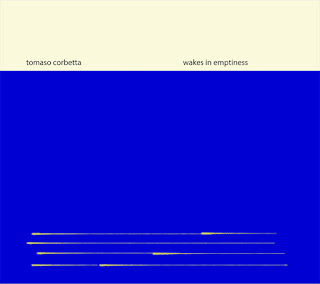 Doing a post-AMM soundscape and doing it right. Corbetta, a new name to me, combines thin layers of disparate sounds, many lightly percussive in nature, into an engaging, somewhat bleak, uncluttered essay, a fairly quiet, somberly industrial, nocturnal plain. There are many elements, including captures from short wave radios of Russian (?) speech and vague, distant snatches of music, some ritual chanting, embedded in an environment that's electronic at heart but not overwhelmingly so, a very nice balance. The percussive sounds, lightly abutting metals, skitters of wood on metal, etc. emerge and recede, often layered but, again, never cloying, always transparent and set within the space, not atop it. Corbetta's choices made along the way feel natural and unforced, resulting in an engaging, immersive amble, driven by a subtle, hard to explicate sense of narrative. Excellent work, give a listen.

Thank You For the superb Article. I'm a IRIS. I even have additionally denoted some Articles. For serving to Peoples. usually created technicals Blogs for Troubleshooting. therefore as that Peoples can able to solve theidrawbacksck.