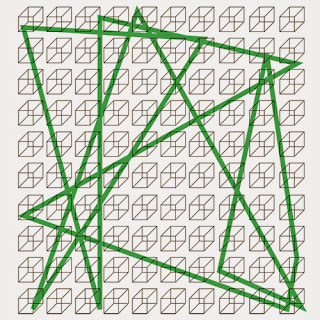 (apart from the standard Roweian caveats, an additional one for being thanked on the disc sleeve, presumably for some footwork I did in the Spring of 2013 to assist Keith in getting his performance visa for entry into Russia)

Two trio performances from the same space, one with an audience, one without.

Not to be overly hierarchical about this, but even in as much as Rowe strives to maintain equanimity with any collaborators, when he journeys to a far-off location to do some improvisatory set with younger, local musicians, something of the sort inevitably creeps in, a certain deference on the part of those musicians, perhaps (barring some unusually strong personality), so that the results tend to follow a Roweian path and the listener tends to frame the music more in the context of what he knows of Rowe's previous work. Unfair and unfortunate, but difficult to avoid, at least for me. Happily, Rowe doesn't think of these events as "just" improv sessions (as opposed to projects that he's conceptualized at greater length or depth) but seeks to understand the place in which he's performing, the issues affecting the area, the musicians themselves of course, and to integrate himself into the milieu, hoping to add something of value and/or interest. It doesn't always work, by any means, but when it does--and I think that, by and large, that's the case here--the music can achieve a difficult-to-describe specialness.

Most of the sounds are quite subdued, especially in the set with audience, sublimated to a wonderful, sometimes ghostly degree. My impression throughout most of it was of a kind of ruffle in the atmosphere, a passing disturbance. Belorukov's alto saxophone (he's also heard on contact mics, ipod and other electronics and objects) is always discreet, carefully poking out its head, commenting quietly, receding. And Liedwart's ppooll (I take it), often provides deep, faint tones, a little watery sounding at times, often mysterious and indicative a great spatial depth even if they never quite attain solidity, really enjoyable. The music maintains this cool darkness for most of its 42 minutes, very impressive, very strong and surprisingly varied within those parameters. The occasional jostles and bangings emerge quite naturally, never seem forced and don't really get too loud or disparate, more a subtle change in texture and grain.

The sans audience set is reasonably similar and not bad, though it lacks the mystery of the other, strikes me as somewhat flatter, the sounds more up-front, sometimes very much so, bursting out of the frame and coming across as disjunctive, which may well be a tonic for the preceding set but doesn't work as satisfactorily for me. It's totally fine, very reminiscent of any number of such events I've seen or heard with Rowe, just not quite capturing that undefinable specialness encountered earlier. Although I must say, listening to it for the sixth or seventh time as I write, certain passages, such as the one beginning at about the 24-minute mark and continuing for a few minutes thereafter, are brilliant. It's one of those works I can easily see myself returning to in years to come and discovering multiple new aspects and ways of hearing/listening.