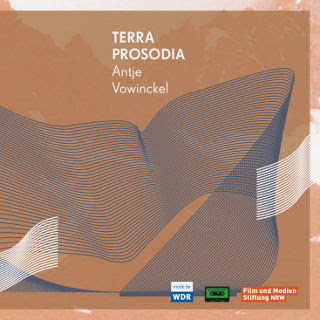 I think my only prior exposure to Vowinckel's work was on a shared disc, on Bowindo, with Alessandro Bosetti and a track on the Echtzeitmusik Berlin collection, so this is my first experience of her music in any depth. Here, the central idea is simple enough: the inherent musicality of certain dialects, in this case, six examples of speech forms in some danger of disappearing: Rumansch (Switzerland), Gutamal (Gotland, in the Baltic Sea), Provençal (France), Wallis-Deutsch (Switzerland?), Gascon (France) and Scottish-Gaelic. She asks native speakers to recount a personal story, records them and, often, edits and reconstructs this core material, including the repetition of phrases. She pairs this with electronic sounds, I think largely via computer program but possibly with some intuitively applied, which accentuate those more purely musical aspects of the language, often beginning in unison, more or less, with the speech but diverging somewhat, taking on an obbligato kind of role.

The spoken words are indeed fascinating to hear and, at least to this English speaker (presumably to a German as well), hold a good deal of content that one thinks of as musical. I found myself wondering how/if this perception might vary depending on one's native tongue. Part of me, admittedly, might rather have heard these words unadorned but Vowinckel's additions are usually quite complementary and well-considered. The sounds, all electronic (save for, per the notes, some "hummed melodic voice" that is heard on the final track) take on, at different times, the character of percussion, low strings, sine-like tones. Once, I was reminded very much of a doussn'gouni but on another, unfortunately, Keith Emerson at the helm of a Moog. As intended, it's not hard to hear both elements as melodic lines and that's where the real interest is. For example, the elderly male speaking Gutamal in the second track can almost be heard as a kind of bass clarinet, mixing beautifully with, in this case, a range of percussive, breath-like and rattling sounds. The youngster (hard to tell if it's a boy or girl) speaking Provençal has a wonderful flute-like quality, winding through light tapping that echoes the voice's rhythm and pitch. Throughout, with an arguable misstep now and then, it's an absorbing listen, part anthropology, part appreciation of the very sensual nature of the voices.