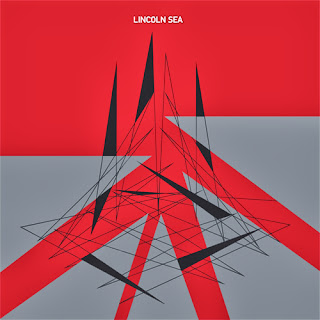 When last heard from, Piotrowicz had taken a (to me) surprising and divergent pathway with his "When Snakeboy Is Dying", its lovely arrangement of piano, guitar and vibes very different from the heavier electronic work I'd previously known. On "Lincoln Sea" (like the previous release, issued on LP), he again switches course. The sound source is entirely (I think) electronic, though subtle allusions are made to orchestral forces. My immediate impression, though, was of an affinity to Partch's chromelodeon, a similar reed organ feel in something approximating just intonation. It's very, very thick; one senses strand upon strand, ply upon ply. There's likely much going on that's beyond the ability of my speakers to comprehend, though things clarify a bit at higher volumes.

The structure of the first track (Lincoln Sea is one piece, split between two LP sides; I reviewed from a CD rip) is amorphous, sinuous, the largely mid-level lines writhing through the space, the growling bass notes pummeling from beneath. Mark Harwood, in his accompanying notes writes of an architectural construct and you can easily imagine this piece in a large, interior environment. Sounds split off, creating several momentarily separate lines, wind back and form new interactions. There are stoppages, pauses, shifts of direction. Sometimes I found myself thinking of Branca with a more subtle sense of composition. That connection is reinforced toward the end of the first piece as heavy, end-of-the-world rockish chords are dropped, though with welcome irregularity. The second side begins less assuredly (in a good way)--similar sound but arrayed intermittently instead of steadily streamed--it's not just the buzzing, but you get a feeling of swarm, of mass clouds of insects. Big ones. It's more diffuse and less chromelodic-sounding at the start. For all the surface appeal of the electronic sounds (which appeal is high), it's rather difficult music to grasp, resisting easy compartmentalization.Once more, in the final few minutes, Piotrowicz introduces chordal punctuation but they're wheezing a bit now, tired, deflating, more Partchian. The hints of triumphalism that gilded the first piece have dissolved.

As said, hearing this in situ would be ideal as I imagine a large part of its effect resides in the physicality of the sound. Listened to more linearly, one can quibble with its structure, feeling things go on a little lengthily here, maybe too short there. But it's engaging throughout, a refreshing change from many drone-based recordings, which genre is certainly nodded to. Piotrowicz (who, amusingly, is referred to by Harwood as "despot composer"), has opened an interesting doorway, folding several disparate elements into a sometimes confounding but always plastic whole. Good work and, better, implying more exploration to come.