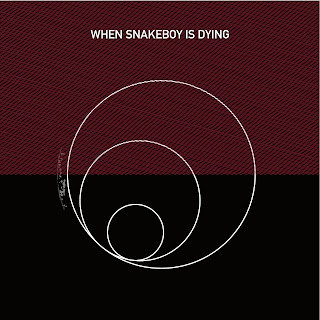 You hear a given musician a number of times over the course of some years and you think, "I have a pretty fair idea of what this fellow is about". And, of course, you're usually entirely mistaken.

I'd heard Robert Piotrowicz' music on several occasions, usually enjoying it quite a bit, and had come to expect something along the borderlines between improvised electronics and noise, subtly handled. Then this item appears. Not only is the instrumentation somewhat different (modular synth, guitar, piano, vibraphone, computer, all wielded by Piotrowicz) but far more importantly, the entire approach is something other, more composed, more "classical", to entirely misuse the term. Given the disc's title and those of the five tracks ("The Boy and Animal Mass", "The Bite", "Formatio", "Pneuma" and "Snakeboy MAximus"), one is almost forced to find a narrative thread in the music and, indeed, there's something vaguely programatic about the content; one wouldn't be surprised were it used as a soundtrack of sorts for a film about said snakeboy. There's a linear flow, very delicately traced, piano, guitar and vibes wending a tentative path through the subdued, often cautiously threatening electronics. Sometimes there's a hint of minimalism, just a trace, with repeated phrases embedded in a shifting ground, more often a tinge of Feldman in the placement of the vibes and piano notes but overall it's really a very unique sound. The mix of colors is tremendous throughout, Piotrowicz expertly juggling texture, timbre and duration, maintaining a midrange dynamic in which the near-melodies rest. More malevolent strains enter during the final cut, implying the unfortunate consequences for our hero alluded to in the album's title.

It's a vinyl release (though Piotrowicz was kind enough to send a CD burn to my turntableless abode here). If you can play it, definitely avail yourself of this music. Really excellent and substantially different from much that you've likely heard.