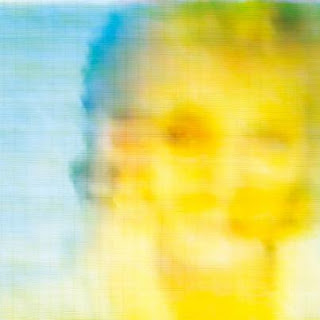 Erstaeu 003 is, at once, the most "traditional" of the first three releases and, perhaps because of that, the most difficult to approach, at least for this listener. My previous experience with Stephenson's work (I think this is my first exposure to Zarzutzki) has often followed the pattern of initial opaqueness followed by gradual transparency, eventually resulting in enjoyment and appreciation. I say "traditional" a bit tongue in cheek, although the set here, trumpet and electronics (both also credited with microphones, contact mics, one assumes), has something in common with old-school improv duos in that it's real-time and very active although any call and response has been long since jettisoned.

Ultimately, I end up just sitting back and letting the music wash over me, cease looking for structure, allowing the knowledge to hit me retrospectively, if at all. What's left are mere descriptives, not sure of their value. The first track (all the pieces derive, I think, from a single continuous session) reaches a really fine, needle-sharp, swarming area, the strangulated brass mixed tightly with a shrill electronic surge, expiring into an itchy bath of wheezes and very rough, scratching crashes, building back up to a mid-level chatter that (possibly because I just saw him last night) recalls the work of Pascal Battus (not a bad thing!). The next piece seems more slowly paced, though no less fraught with agitated noise, featuring some seriously brutal, gravelly synth work. Cut Three is again relatively spacious, Stephenson's horn to the fore, a smidgen more geared toward normal trumpet tones, like Don Cherry on helium. The pair chuckle a bit during its denouement, a downward, farting spiral...and immediately return to the rambunctiousness of the opener, developing a furious storm of low, rude synth and burbling, bleating brass for the fourth track. Periodic pauses for breath between assaults. The piece evolves a huge amount of power, gets a fine careen going, though at times the synth becomes a bit monochromatic, Zarzutzki mining a strong lode, maybe dipping into a given sound field once or twice too often. Finally, there's something of a recession, the synth switching to springy tones, a tortured Slinky, eventually growing spare. At moments, the music brings to mind the Rowe/Sachiko M recording, "contact", though cruder (which also isn't necessarily a bad thing). A beguiling super-low hum/metallic tinkle segment, much more roughage then, surprisingly, the faint sound of a flute, perhaps from a radio, a small window opened to an adjacent world, all but obliterated by between-station-sounding buzz and bludgeoned by static eruptions. Nice. Out with a pop.

So, I end up greatly enjoying the session, not so much for structural reasons but simply for the cascade of sound, for the kind of persistent exploration and the harsh things the pair discover along the way. All three inaugural releases on the Erst sub-label are quite strong, mandatory listening.