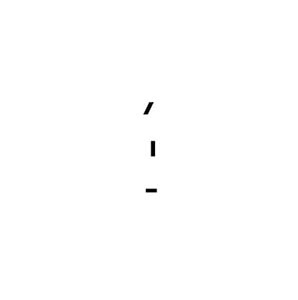 This addition to the 3-disc set of Ullmann's music previously released by Edition RZ consists of one 66-minute long work, "solo III für Orgel" (1992/1993;2012), performed by Hans-Peter Schulz on the baroque organ in the Abbey at Neresheim. It's amazing. Schulz has penned a fine history and description or the work which all should read.

The constant is that 13-tone row referred to by Schulz, played by not fully depressing the organ keys, doing so just enough to generate a sound, but one that wavers and is quieter than it would be otherwise. On the recording, this low dynamic amplitude registers less as quiet as such, more as distance, at least to these ears. It's a gorgeous, complex sound, at once static and infinitely varying. For the initial ten minutes it occupies the space, at which point we hear the first of several auxiliary sets of sound, a flute-like, even more "distant" flutter of notes, like a bird song. I take it that this is part of the "structural processes" which seem to have been laid over the score in a manner reminiscent of Cage's "Atlas Eclipticalis" (the composition resulted after Ullmann's meeting with Cage and nods to him often). Other sounds appear on occasion, including a relatively loud, deep moan or two; it's like watching a still scene, being always very conscious of the air between your eyes and the solid material, its subtle shimmer, with the odd passing shadow, cloud, bird or insect. Very real, very (I hesitate to use the term) organic and natural.

As ever, I'd dearly love to hear this piece in situ, to experience its physical and corporeal nature as well as the apparent distance of the sound, its disappearance into the ceiling of the abbey. Ullmann has located and elaborated upon such a beautiful "section" of the pipe organ, something that's just inherently wonderful enough on its own, more so when gracefully embedded in a simple but by no means simplistic structure. I'm at something of a loss to say much more except to urge that you give it a listen. Great, great music.