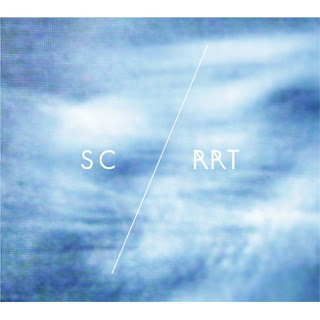 So, as I understand it, the initial idea here was for Bill Thompson to compile a catalog consisting of over 100 tracks culled from other performances of Reed and Rowe and then, with the pair improvising amidst a multitude of speakers, do a real-time mix of same during the performance. Here, on two discs, are recordings from Huddersfield and Stirling, both in 2009. If the discs contain Thompson's contributions as well as the duo, I have to say that the former are very subtle indeed; had I not been given a hint otherwise, I could easily have thought it was only the pair, given the multiplicity of sounds they're quite able to generate of their own accord.

The music itself is, unsurprisingly, not dissimilar to that produced (in my experience) by the Voltage Spooks trio (Reed and Rowe with Michael Haleta) which is to say more on the steady-state end of things than Rowe is otherwise likely to produce these days (or then). There's a certain amount of scrabbling about which I'm tempted to attribute to Rowe, but the roughness and abruptness of much of his recent work is ameliorated by a consistent thrum or buzz. I'm guessing that's largely Reed's doing, though perhaps it's Thompson as well. Or both or neither. The Huddersfield set is interesting; one's initial response is work that's easily digestible but not very forceful, but little by little, you settle into its flow and begin to appreciate the gentle fluctuations and odd sonic appearances, like the quasi-arabic squiggle that occurs some 15 minutes in, the various small knocks, shudders and clinks, the introduction of taped room sounds including blurred conversation. It intensifies midway through its 54-minute span, ripsaw sounds breaking through, clanging that recalls the strumming of toy piano rods, radio captures--its a large welter but a curiously gentle one.

The Stirling set is bleaker, with hollower tones and softly iterating, echoey percussive elements, very dark and dystopic though again with a thoroughgoing presence, more drone-oriented than the prior performance. Again, much of the enjoyment is to be found in the details that merge along the way, the bits that poke their head through the morass. Generally, both pieces are more reminiscent of the work Rowe was doing int he mid-oughts, which is no bad thing. While not as deeply stirring as his more recent music, it's remains a fine listen and offers a really nice opportunity to hear more of Reed, who's underrepresented on disc. Clearly, one is curious to have heard this in a room, with the Thompson elaborations flitting about but, as is, it's a good, solid listen. 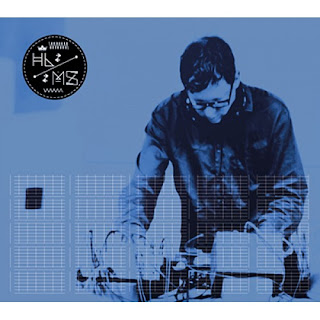 A new name to me. True to the title, Leichtmann has constructed ten studies that adhere to certain minimalist aesthetics. Overall, I hear echoes of early Riley in some parts and early Carl Stone (in the harmonies) in others. Leichtmann (modular system, bass synth, guitar, e-bow, organ, sampler, signal processors) uses contributions on various tracks from Boris Baltschun (electric pump organ), Sabine Ercklentz (trumpet), Kai Fagaschinski (clarinet) and Alex Stolze (violin), kneading them into his framework. The results, while perfectly pleasant, are far too pat, so much sonic wallpaper, with easily swallowed bass lines and flowery frills atop. Sometimes, as on "Study Six" (with Stolze), those bass lines verge on parody, bearing an 80s slickness that conures up unfortunate images of rolled up sleeves on suit jackets and Hollywood faux noir. Very well done on its own terms, I guess, but way too tame for my taste. For those who find Fennesz heavy going. 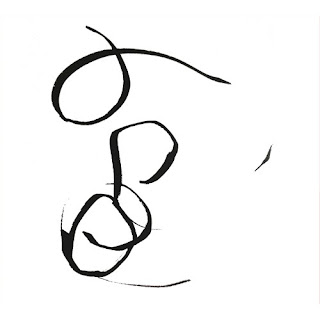 The direct translation of the title is "ergotism", which is to say the effects of ergot poisoning, but "heartsickness" or "bewitchment" might be more felicitous interpretations.

I knew I was in for rough sledding here, not being too much a fan of free improv vocalizations this side of Ami Yoshida on the one hand and not being terribly partial to eRikm on the other. And yes, the snow was patchy. Two discs; oddly the first is from live shows in 2010 while the second dates from a 2000 Taktlos Festival performance. Jauniaux supplies her own texts (needless to say, often indecipherable) in addition to using that of several others, including Ovid, Rilke, Duras and Gainsbourg. The turntable/electronics are both busy and excessively thin sounding, not a great combination (many jazz samples here) and the vocals...I just don't know how much is left to mine in this area. Again, short of Yoshida and a handful of others, at their best, a kind of sameness almost inevitably sets in, with the rapid-fire sputtering, the gurgling, the frantic howling, the tongue clicking, the overwrought tonsil-wringing. Well, enough people get it, I suppose, but not this listener. The odd nod to pop (as in "Ne Pas" on the first disc) is actually welcome, supplying a brief dab of grease to the affair.

The 2000 set is actually a bit more controlled and interesting. When Jauniaux verges, slightly, toward more traditional song terrain, as on "I'm Not Far" and "Sous-Jacente" and others, the outcome is far more agreeable than otherwise; would like to hear more in this direction--not everyone has to be a "free" musician. The set is still not quite in my comfort zone but I enjoyed it far more than the recent one. Your mileage, of course, may vary quite widely....

Thank you for your review of my piece Shifting Currents on Mikroton. I wanted to explain a little about it as I think the details were unclear on the CD.

I was commissioned to create a piece to play at Huddersfield, Stirling, and Aberdeen (which latter also played at s'Hertogenbosch). As I was close to Rick and Keith I wanted to write something so that the three of us could play together. So the piece that I wrote involved me creating a sound installation from over 100 field recordings of electromagnetic fields collected over a year from Huddersfield, Stirling, Aberdeen, and s'Hertogenbosch. I then edited these to play in a 9 speaker installation that combined these sounds in new arrangements at each performance. Within this arrangement, Keith, Rick, and myself performed (improvised) against the texture and each other. Everyone's contribution in performance was equal.

It was great to have these guys a part of my project, not only as performers, but as friends. It wouldn't have nearly been as special a year otherwise.

Hope that clears up some of the details and thanks again for listening to the CDs and the review.

thanks very much for the clarifications , Bill.

My pleasure Brian, and thanks again for the review!