The latest batch from our friends at Creative Sources 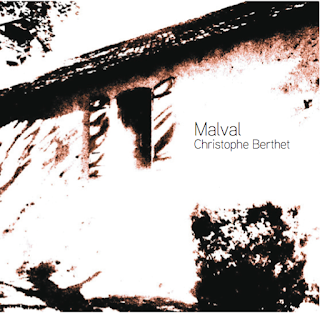 Six pieces for solo soprano or alto saxophone. Nicely controlled, somewhere in a post-Braxton continuum to my ears. Not that "post-" really, as much of it sounds as though it could have been plucked from a random Brax concert from, say, the early 90s. Berthet does a good job of keeping things reined in for the most part and you can hear a serious investigation of timbres and long tones, with a kind of pleasant, hollow whistling aspect to much of the sound but I can't quite pick up much that hasn't been done elsewhere. He may be post-Braxton but he's still slightly pre-Butcher, for example. Well played and earnest but not essential. 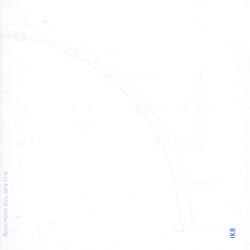 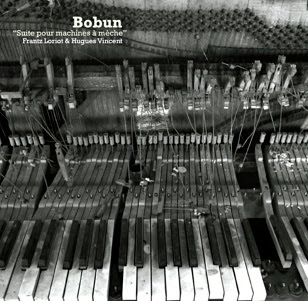 I believe Bobun is the name of the duo consisting of Frantz Loriot (viola, objects) and Hugues Vincent (cello, objects). The cover may presage something of a Ross Bolleter excursion but I hear mostly the strings, no ancient piano in range. Six pieces, the first a very effective set of drones, rising to wails, plummeting to groans, overtly dramatic in perhaps an old-fashioned way but nonetheless, gripping. Things grow more disjointed thereafter, the pair, on the next track, scrabbling about on one instrument, wispily bowing the other, nervous, sometimes over-busy but a solid low tone anchoring affairs now and then. The music veers into a bout of efi-ish work midstream, circles back to the more contemplative, powdery rubs and bowings and I think I hear a few tinkles from that piano...or perhaps a music box. The final returns to the lamentative state of the opening piece, less droning, wavier, quite moving. SOme really strong work in here, even if there are inconsistencies. I get the impression that, like a number of musicians engaged in free improvisation (which this is), they're better served hewing closer to so-called traditional forms than forcing themselves ostensibly outward; there's still much beauty to be found therein. 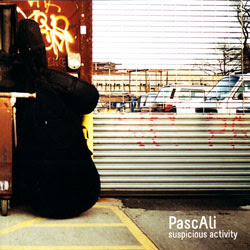 Things that give me pause: an awkwardly constructed name (formed from bassists Sean Ali and Pascal Niggenkemper) and 22 tracks on an improvised disc. They explain the latter in notes, differentiating between live performances, where the pieces are lengthier, and the recording where they "wished to present the listener with musical vignettes that could show the variety and diversity of music created with two prepared double basses". Really, not necessary. Interspersed here and there are some strong cuts, especially when the pair get to the darker, woodier realms of there iinstruments, but there's also a lot of busy and effects-driven work with little or no sense of idea development. Hopefully the decide to issue more extended pieces in the future. 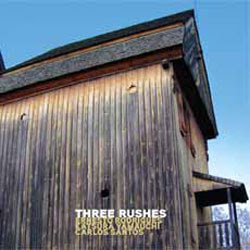 Rodrigues once again on harp (and objects), Yamauchi on alto and Santos wielding computer and piezos. Nice, quiet improv in three parts. Rodrigues' harp work (first I've heard it, I think, on the recording above and this one) is well considered, more recognizable than one might expect (a good thing, in this context). Yamauchi is restrained as well, adding brief daubs of gentle color and Santos electronics tinge and tickle the canvas; all grays and tans with hints of pink and orange. It's very calm and enjoyable; nothing earthshaking but doesn't strive to be and that's fine. A good recording. 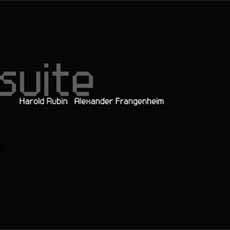 Harold Rubin/Alexander Frangenheim - Suite (Creative Sources) Mostly a duo of clarinetist Rubin and bassist Frangenheim, with electric bassist Mark Smulian guesting on three of the twelve tracks. Easily my least favorite of this batch. Just everything that doesn't interest me in improv, sounding like a humdrum Braxton/Holland date from the 70s, all filigrees and swirls--"rococo" isn't a bad term, in fact. No space, everything active all the time, the playing very "emotive", I guess you could say. I find it an avant version of kitsch. Others may differ. 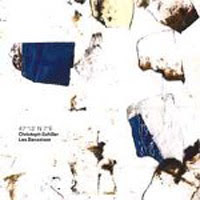 Oh no! Not another spinet duo! :-) I guess the basic sound is midway between a piano and a harpsichord not that you'll hear the spinet's "normal sound very often here. But there are remnants of that metallic, buzzing twang in the rustles, rubbings and plucks encountered herein. Much of the music is active and skittering, but the duo manages to exercise restraint at the same time, creating a strong sense of consciousness of the moment and surroundings, something evidenced on the occasions when they pause and allow the sounds to linger and dissipate. It's astringent and full at once, no mean feat. They go astray every so often, scratching about for a minute or two to no great effect, but by and large this is a surprisingly effective recording. Whoda thunk?