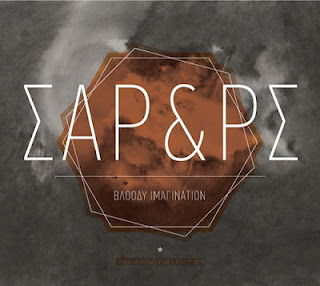 Said Society consisting of Tetuzi Akiyama (high-frequecy-resonator guitar with samurai sword. heh), Naoaki Miyamoto (mid-high frequency-electric guitar), Utah Kawasaki (mid-low frequency-analog synth) and Atsuhiro Ito (low frequency-optron). One track, 52 1/2 minutes. It's pretty much a layered hum. As indicated by the frequency distribution, it's separated into four, fairly clear strata, high to low. some ways in, a two note bass figure appears, which is about as close to anything rock and roll that happens. If you can imagine the closing hum of a vigorous track by some particularly noisy band stretched out to this length, you wouldn't be far off. It's the kind of piece that doubtless would be far better served in a live setting, amidst the swirl of tones, where the listener is able to move at least his head, if not walk around. As is, it's a fine slab of sound but one that I have trouble really plunging into. Not satanic enough, perhaps. 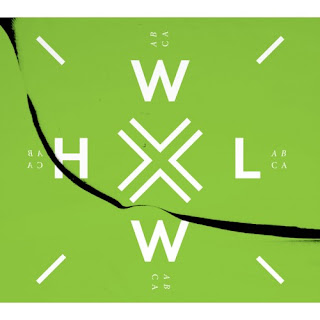 Intrigued expectations before my first listen. I've had many problems with Bosetti's output over the past few years but, on the other hand, I've greatly enjoyed much of Abrahams'. What would transpire? Actually, something, or things, very different from what I'd heard of either. "We Also Dress Today"combines pointillistic, one-note piano with light electronic clatter, sounding like a pot of small cans being gently stirred. Low, rough tones nudge but the piece stays put; odd and attractive. The following ifs more of a jazzy excursion, something along the lines of late 60s or Circle-era Corea, perhaps, with hostly, swirling electronics behind. Bosetti's voice, something I wasn't looking forward to, makes the first of two appearances on "We Cannot Imagine", iterating a line slowly, often in a very slightly sing-songy manner, Abrahams' delicate piano supporting. It eventually gets to a point not all that far from those mid-70s Mantler adaptations of Beckett, like "No Answer", Bosetti eerily echoing Jack Bruce here and there; good piece. There follows a track akin to the second, but spacier; pretty but a bit hollow. In another oddly allusive cut, "When They Are Overheard" venture into Charlemagne Palestine territory, Bosetti employing very subtle electronics within the piano cascade; strong if, again, a touch to referential. The duo closes with that standard in the eai community, something one hears at every other concert, Bill Evans' "Waltz for Debby". :-) Bosetti sings, near-falsetto but movingly, once more weaving his silvery, flitting sounds between the fine and straightforward piano accompaniment. Well, it's a beautiful composition of course and, I have to say, I'd rather hear this than a rendition by any contemporary "straight" jazz duo I can imagine.

An unusual recording, but overall a winning one. 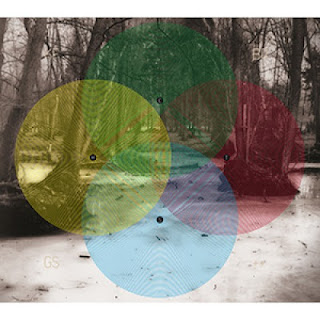 A 2008 recording with Romen (hammered dulcimer), Fagaschinski (clarinet) and Schneider (guitars). Interesting to hear the dulcimer (often sounding like one) in this kind of context. The music is soft, gray and somber, bearing strong tonal underpinnings, freely improvised but in a pastoral sort of way. I might even go so far as to say that some portions, much of "Feelings Without End" for instance, could constitute an ECM-ish branch of eai...Which isn't to say that it's all pastels. It's highly listenable throughout, some nice pulses feeding in here and there, the colors always clear and refreshing. Fagaschinski, as ever, is wonderfully warm and controlled. I can't recall if this is my first real exposure to Romen and Schneider, but both offer subtle, not overly-instrusive contributions. This said, there's nothing terribly memorable here either, though the final track, "plainchant and Goodbye", manages to transcend the rest, it's calm resolve evoking a mysterious forward motion that's very attractive. It emerges, passes, one experiences a short pleasant sensation and that's it. Maybe enough.