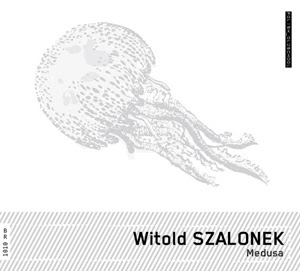 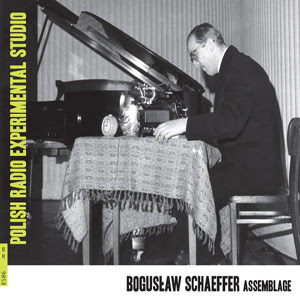 The increasingly impressive Bôłt label continues to document the largely unheard (in these here parts, anyway) music of the Polish avant-garde from the mid-century on with two more solid, fascinating releases. Both composers are new to my ears (aside from hearing a bit of Schaeffer on a previous Bôłt compilation) and rather outside the ambit I'm comfortable writing on, but I'll attempt to give at least my impressions of each, which are quite good.

Witold Szalonek was born in 1927 and came to prominence in the 60s alongside composers like Penderecki and Gorecki but never achieved their popularity, possibly due to an unwillingness to overly adapt to the neo-romanticism that allowed their music to be more readily digested. But the three pieces represented here, written as a kind of narrative triptych on the Medusa myth, aren't harsh at all and, indeed are full of lyrical content, although the overwhelming impression I receive is that of a very firm structure. All three involve the flute family; "Poseidon and Medusa" scored for two piccolos, bass flute, alto flute and crotales, "Medusa's Dream of Pegasus" for flute and bass flute and "The Head of Medusa" for free flutes.

While there's an amount of extended technique in play, one is more attuned to the delicious, silvery blend of the tones as well as the precise interlacing that defines a strong sense of mass and volume, as if the lines are tracing the outer perimeters of some large, breathing creature. If I was reminded of anything it was George Crumb's work from the 60s like "Vox Balaenae", similar feeling of great tensile strength underlying delicate instrumentation. The second work contains some of the warmest "touching", even caressing you're likely to musically encounter, like two tentative lovers brushing hands and arms. A wonderful piece. The final work begins dolefully, works itself into something of a lather, explodes into vocalizations, drifts away. [in the back of my mind there's a definition of "free flute" though I can't recall it and searching nets too many cost-free instruments to wade through]

I very fine set and I'm very glad to have belatedly made the acquaintance of Mr. Szalonek; hope to hear much more.

Bogusław Schaeffer (b. 1929) was also a part of the cluster of composers centered around Penderecki in the 60s but his music, at least in the samplings I've heard on a previous Bôłt release and here, sounds quite different. I think a partial caveat might be in order as at least some of the scores for the works here are of a graphic variety and I have the impression that the soloists involved approached the pieces with (properly, I take it) a good deal of freedom. So I'll simply describe them as naively heard.

Several works are presented twice, in different evocations, including the title work, "Assemblage" (1966) for prepared violin (8-string, constructed by Schaeffer) and prepared piano, which manages to be quite rough and tumble and dreamy at the same time. "Electronic Symphony" is afforded realizations by both Bogdan Mazek and Wolfram, the former a little too redolent of 60s loopy electronics for my taste, while the latter exhibits some nice subtlety, the sounds gliding and nsaking their way through a hazy atmosphere. "Project" (1975), for soloist and tape, is given an expressive, sometimes willowy, often blustery reading by tubaist Zdizsław Piernik (strong piece) and then a silvery, equally solid version with Mariusz Pedziałek on oboe and cor anglais, that includes some wild bassoon (I think) playing on the tape, unless it's wild, pretty low cor anglais...

One of the most purely beautiful works is "Heraklitiana" (1970) featuring harpist Urszula Mazurek. It's a fine, billowy piece, with saxophones, percussion and voices buttressing the rich harp work, kind of sprawling all over the place but luxuriously so; a rapturous 21 minutes. Later, Mikołaj Pałosz (cello) "listens" to "Heraklitiana", playing along in an almost playful manner, nicely shildlike at times, humorously wacky at others. The two-disc set concludes with something of a departure: Thomas Lehn creating a work derived from his preparations made to perform "Electronic Symphony", but rearranged into an entirely new piece titled, "o.t. dec. 2011". It's a lovely, intriguing track, positioned about halfway between what I'd normally expect from Lehn and that 60s experimental tradition (occasionally recalling Partch's chromelodeon, of all things).

Two more fine recordings, very glad to have heard them.