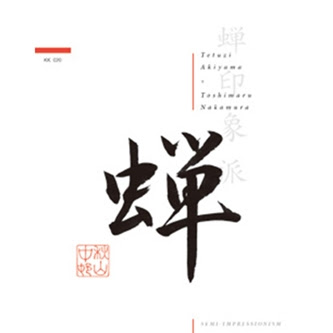 A gorgeous recording. Three cuts created on several days in May, 2008, in Sweden, we find Akiyama in full tonal bloom, even more so than he was several years ago on the fine "relator" while Toshi is in the rougher, more angular mode he's been inhabiting in recent years. It's an exquisite balance, filling in each other's gaps with precision and delicacy. The first track seems to have been assembled out of material from three dates so, in that instance, we're not dealing fully with a live improvisation but the transitions are inaudible to these ears so that it, in particular, stands as a wonderfully beguiling construction, free-flowing and subtly conversational. Nakamura gets even harsher on the second cut, pulling at the delicate fabric, not quiet tearing it; very exciting. The third and longest has a more patchwork aspect, the whole not quite working together but still containing some beautiful moments, Akiyama perhaps playing more melodically than elsewhere on the disc, Toshi more violently. A keeper. 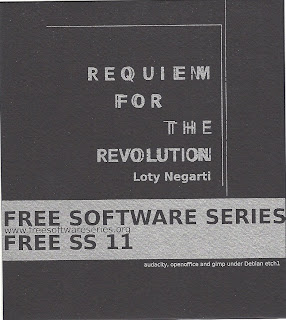 A nom de musique for Basque musician Aitor Izagirre. Having recently read "Noise and Capitalism", I'm somewhat tempted to approach a release from adjacent quarters differently....but with this one there's not much for me to get a handle on aside from its surface aspect which I don't find very compelling. The first of two tracks is very electronic-music sounding in the sense of things I grew up with, i.e., shortwave radio, feedback-y tones, analog synth-y loopiness, etc. mixed in, to be sure, with ultrahigh sines, crackles and grime. The second fares better, several plies of burred static in varying degrees of wooliness, though nothing you haven't heard before. I know, "innovation" shouldn't be a criterion and it's not, really, it's just that there's an unavoidable sense of sameness about it, something that's not the case with the next item on the same label. 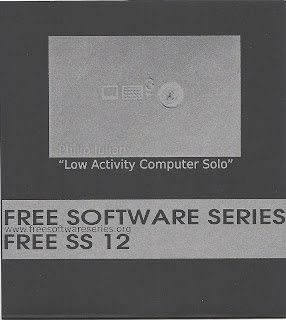 Now, this is more like it. "Firstness" doesn't matter, of course, but I know when Rowe finally added a computer to his arsenal, presumably after having been dissatisfied with the results he was getting from various software, he began using a contact mic to pick up its internal workings. Julian does something similar here, using a "telephone induction coil plugged directly into the computer", picking up activity that was built into the machine. Saliently, he writes that "credit for this piece should go to the machine's designers in New York and the people on the assembly line in the IBM factory in China where the computer was built". I find that it makes the piece all the more rewarding keeping that in mind, even if I might grant Julian a bit more credit for having the sense to unearth these absorbing sounds, making a tone of choices, etc.; a 50/50 balance seems about right. The sounds are fascinating in their own right and the sequencing, dynamics and textural shifts are assured. Hard not to think of "the ghost in the machine" at points...Beautiful recording, definitely one to hear.

yeah I'm very into the Tetuzi/Toshi. They are two of my favorites, so it's hard to go wrong by me, but after the sludge of "Omni" the absolute clarity of this release hits the spot. Toshi's work on the first track makes my ears tingle. "In Search Of Wild Tulips" on Bombax catches Tetuzi/Toshi in a similar mode but in great Swedish company.