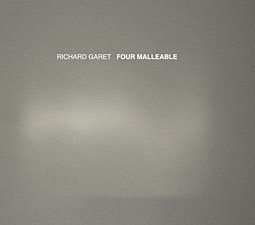 Four pieces, each about 1/2 hour long, from 2004-2009. Garet is an expert in the art of the "grainy drone", taking sound sources that may be natural or industrial, usually with some amount of variegated texture, some particulate aspect, extending and layering them into sheets of sound many plies thick, the material always capable of being listened to on several levels, the re-listener likely to pick up aspects he missed the first few go-rounds. They often shift, as does the first track here, "Nocturne", from relatively consonant and soft to more abrasive and granular, though rarely if ever very harsh. The tracks are presented in reverse chronological order and, though I enjoyed them all to some degree, I really liked the older two the best; not sure what that says! Those earlier ones have a bit more grit and grime in the works, providing more of a textural variation between the sine hums and the detritus. The last track, "Imaginative Elements", also contains a kind of sparseness that's something of a tonic in relation to the earlier (later) ones. All would be nice to hear within a video environment, btw, which is how I've experienced his work on occasion.

But on the whole, the four works are fine and excellent samples of both Garet's music and this neck of the sonic woods generally. Recommended! 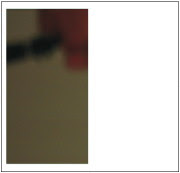 AMP2 is a Palermo-based collective organized by Domenico Sciajno and, for this recording, comprising a core unit of Dario Sanfilippo (laptop, electronics), Marco Pianges (laptop), Antonino Secchia (percussion), Gandolfo Pagano (prepared guitar), Sciajno (laptop, electronics), plus guest Tim Hodgkinson (lapsteel guitar, electronics, clarinet). Seven pieces that seesaw between works that have more of a concrète character (like the opener, "Intelligent sofa") and those of a more purely improvisatory aspect. To me, the former are more successful, achieving a strong balance between implied structure and a looseness that allows for a multitude of possible directions at any moment. The second track, "Mr. Mamontov", is even better, a seriously rich and dense cauldron of electronics and percussion that wells up and overflows the pot, bubbling atop the stereo--really strong. A couple others are more routinely improv-y (Hodgkinson's clarinet not fitting in as well), good enough but without the brawn and sense of expansive space of the aforementioned.

Always good to hear the goings on in Sicily, though. A solid recording, worth hearing.

Great recollection. Imaginitive Elements was really something; but overall the 4-suite was a warm collection of Garet's drone/sound art with binaural intensity. "Grainy drones" alright!