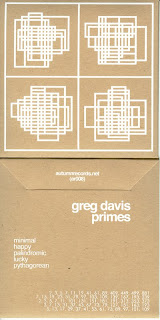 Greg was kind enough to send me several of his recent discs. I'd been largely unaware of his investigations into just intonation and only moderately conscious of his more purely drone-related work, so was a little surprised as to the nature of the releases but there's some enjoyable stuff here.

I think I first saw Greg perform with Jeph Jerman, rustling leaves, sticks and the like on the floor of Tonic but here its all sine wave generators and synths. The fives pieces on "Primes" can safely be categorized as drones and, on first blush, they sound like, well, attractive sine drones. But they're constructed using layers of waves in varying pitch ratios and amplitudes so that, when actually listened to, there are all manner of beats, dissonances, odd timbres and other complications. Very immersive, very stimulating--good work. 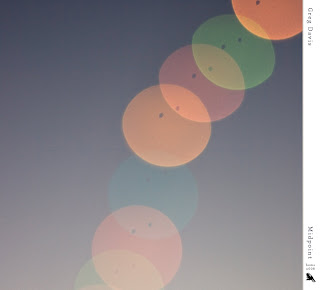 Two live solo performances, the first from 2006 (violin, vocals, bells, computer) the second from 2009 (various keyboards, vocals computers). The older track has Riley-esque overtones at the beginning, a seriously rich drone with (as in the "Primes") a whole lot going on. When the vocals (processed?) enter, it gets a bit too into Harmonic Choir territory for my taste. The more recent one isn't that different, though with less throat-singing and more twittery effects over a base that references tambura. There's a bit of a Jon Hassell feel in play (some nice pitch-shifting) and that exerts a certain pull on this listener and the closing minutes get into a "Shri Camel" kind of feel, but overall, I find it a hair too gauzy and overtly "spiritual". 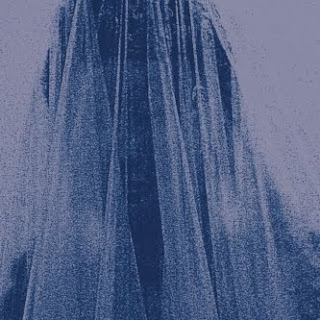 From the track titles, "Cosmic Mudra" and "Hall of Pure Bliss", my expectations were somewhat lowered...;-) but Davis manages to find some really nice middle ground between the spacey haze of "Midpoint" and the more rigorous tunings of "Primes" (I'm guessing he'd maintain there is no dichotomy). The first track is one consistent drone matrix, organ-like in character, shimmering and meaty. (I'm also guessing "meaty" might not be a preferred adjective here...) The second cools things down, blisses out as it were and perhaps overdoes the mellowness.

The appeal of all three of these will vary quite a lot depending on one's taste for, for lack of a better term, meditative music. If I get somewhat impatient with that form, generally, I should stress that what Greg does here, he does excellently, with commitment and imagination. 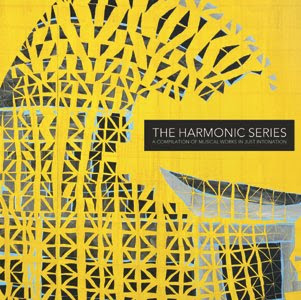 A set curated by Duane Pitre with eight pieces involving just intonation, ranging from excellent to...new-agey. Highlights include a lovely cello piece by Ellen Fullman (played by Theresa Wong), steeped in overtones and poignancy; I think one of the same Davis pieces from "Prime" or at least from the same basket (tough to tell); Pauline Oliveros' justly tuned accordion, a gorgeous excerpt from "The Beauty of Sorrow" (I've not been fond at all of what work of hers I've heard in recent years, though I love much of her music from the 60s--this piece is from 1987); an intriguing, severe cello piece by Charles Curtis.

On the other hand, Michael Harrison's "Tone Cloud II" epitomizes everything that drives me up the wall about Young's "The Well-Tuned Piano": beautiful sound at the expense of miserable, George Winston-y music. And several others are perfectly pleasant if ultimately uninvolving.

A mixed bag but worthwhile to hear some of what's occurring in this neck of the woods.

FWIW, the first piece on the Harmonic Series CD isn't a solo cello piece; both Ellen & Theresa are playing.

&, yeah, the Beauty of Sorrow is REALLY gorgeous.

Hi,
-do you have a mailaddress to which I can send a record?

Herb, I must've misread the notes.

Greg Davis' recent work has assumed a pure, unfettered yet very controlled sound these days. I think this new direction is one quite appropriate to extend his naturalist aural musings. There is something about these more Drone-based recordings that are more natural than his earlier works which incorporated direct field recordings and acoustic instrumentation. I suppose it's some of the same sonic approaches many of the early/academic electroinc and Musique Concrète composers used that created music captured and produced by machines, but somehow maintained a very organic feel.

Great reviews and nice to see these 3 albums getting lots of attention these past days/months. I think they were a bit over looked at first.

By the way.. I'm getting a real urge to read some Top of 2009 lists or even just reflections on this side of the music realm.

I only found your blog a few months ago. Do you post anything for the ending-year ? I came home to Vermont for the holiday and didn't get to buy the Rewind edition of The Wire before I left Chicago... So I am just searching the internet for some alternative to my normal reading of this time of year.

Thanks and take care !

Evan, I will indeed post a favorites of 2009 list (maybe of the decade as well) but, unlike many, I actually wait until the years is over.....

thanks for the comments!

Looking forward to it

brian,
thanks for the good words and taking the time to review those discs i sent over.

glad you like the music, sorry you have a hard time with any "spiritual" references. all of that kind of stuff has naturally arisen over the past several years from my buddhist practice.

p.s. ben vida and i are playing analog synth improvisation duos at the stone on jan 23rd, you should come out if you arent busy. it wont be drone music thats for sure! ha!