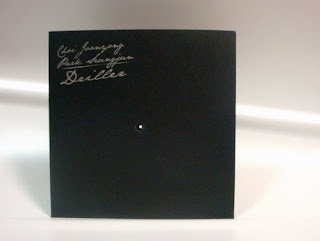 Primitive sound, a phrase used in Park Daham's liner notes. In a way, I guess. Though that applies more to the nature of the sounds themselves here than how they're arrayed, which seems anything but primitive. The pair uses speaker cones, subjecting them to abuse and over-decibalage, resulting in a quality well beyond graininess and into visible bumpiness. I imagine quite visible, were you to watch the cones themselves, the sounds produced ranging from the drills of the disc's title to unmuffled motorcycle engines, idling turbines, egg beaters, etc. I find myself going back and forth between listening to the results as noise and trying to integrate them into some kind of "musical" conception. I'm not at all sure attempting the latter makes sense, but there are several occasions when things gel into something cohesive and strong in a "traditional" manner. As a found object, I think it would work superbly. I.e., were one walking through some industrial site and heard exactly these sounds, pausing to listen. As a performance CD, I have mixed feelings though at the end of the day, after six or so listens, the positive prevails. 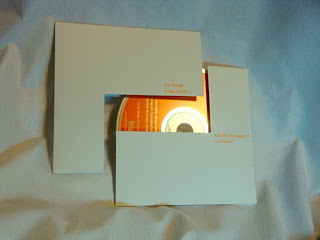 Firstly, excellent CD sleeve design in play here--two L-shaped pockets that overlap one another around the disc. Two tracks, one relatively short (@ 13 minutes) one over 40. Quiet, often fluttery, only rarely edging into territory adjacent to "Driller". It's been interesting to hear the infiltration of rhythm in the form of clocks and other counting-type machines in some portion of new Korean and Japanese improvisation. Here, there's often some kind of beating or ticking element in play though I guess calling them "rhythms" is stretching the point, though the second cut ends with a humorous kind of gentle, three-beat horsey clip-clop. They don't propel things forward; if anything, one has the sense of hovering, like a hummingbird or dragonfly. It's a fine session, though, the quartet managing that tough feat of being fairly busy and active but entirely avoiding a sense of the cluttered or cloying. A nice sense of the space of the room. Fine recording, held my attention every step of the way. Get it.

oo, I love that 'Driller' cover, but is it too soon?

Probably just a typo, but it's Choi Joonyong, not "Joonyang."