Apparently Martin Howse, if it matters. The lengthy second cut is essentially a broad wash of white noise, shifting in volume and density every so often, some dimly perceived pops buried in the static bed. The third track (there are tracks, though the sound is continuous) ups the volume significantly and, as well, one hears more human interaction in an improv kind of sense, someone back there manipulating pedals or knobs; it begins to sound like a noise performance. Subsequent cuts (nine in all) vary a good bit, quiet down, incorporate recorded voices from bad connections in one fine piece, eddy back to the static. By the end, I found myself enjoying it well enough; it's uncompromising nature comes to the fore, nothing prettified, all sounds kind of "as is", if remote. Worth a listen. 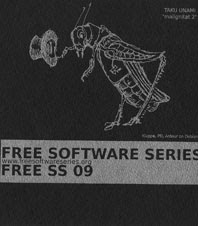 ...wherein Unami picks up more or less where xxxxx left off, a strong field of white noise in one's face. It lasts only a bit over a minute though, eventually (after some silence) followed by what sounds like a recording of rushing water, meted out in a kind of staggered rhythmic pattern, long/short bursts. More silence, then wind. The cliched nature of the sound sources is presumably intentional; you start ignoring their programmatic content and just consider their placement, the odd irregular clockwork way Unami has of distributing his stuff. Tap--silence--tap--wind--silence....sudden flutter. White noise patches, audience (?). It sounds uniquely Unami and that's enough for me; I like it. 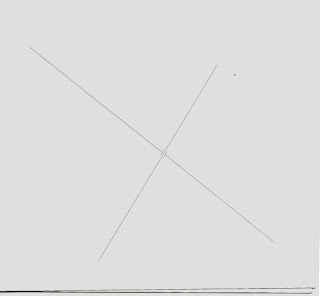 And then we have Loïc Blairon's "x/0". A half hour during which, every so often, one hears a sharp plink, something like a guitar string plucked below the bridge with no sustain though, in that Blairon's a bassist, perhaps it's from that instrument. (Richard has written in greater detail on all three of these releases in recent weeks, btw. I find, looking back, we make many of the same points) Several minutes of silence often pass between audible sound, making "x/0" eminently forgettable even as it's playing. Not a bad thing, necessarily, though I felt little tension in the waiting, unlike quasi-similar efforts from, say, Taku Sugimoto, who most will think of while listening to this. Plinks and silence, far more of the latter.

The Free Software releases can be downloaded from its site. Normally, the same should be true of the Blairon, though the w.m.o/r site doesn't appear to have been recently updated.

Remember the Rowe/Wright performance that was released on three discs, recorded from three vantages? I got a good deal out of that by playing them simultaneously. Thought I might do the same here.....let's see....

Not bad at all! Did a 1/2 hour stint, that being the length of the shortest of the three, "x/0", balanced the sound...the xxxxx and Unami went together particularly well (the former got through three tracks and the loud third one coincided with one of the more high-volume portions of the latter), with the plinks from Blairon adding their pithy commentary every now and then. Cool.
Posted by Brian Olewnick at 10/25/2009 12:40:00 PM

on Loïc Blairon's "x/0", there is a text (written by Loïc) which is important I guess

I have a postulate.

I believe I have no ideas for making music ; but that by listening, I turn myself into a receptacle for the real.

Yet everything escapes me, since my capacities are not those of a container.

So I listen, before anything else.

Then I act in response to what I hear.

In a way, I superimpose sounds onto what I consider as my listening to the real, which is imperfect because it comes from all sides.

Everything I attempt thus also escapes me, as surplus form and residue of what I hear.

I never wait for anything.

Again, in order to break the latent, silent quasi-mysticism, which would be the symptom of my listening, I try to restore to the real what it refuses me: sounds which I activate as so many variables acting upon the thickness of the negative.

I thereby refuse to put in place a music-as-cut into the real.

I want to remain in relation to the real and I say no to any ‘as’.

In doing so, I say no to music, but this ‘no’ is the unilateral relation which I attempt to stabilize in and through sound, but in accordance with the real, as negative and foreclosed ; what I attempt to superimpose onto the latter acts as so many unknowns which would at once escape the whole even as they constitute it, beneath but also above all things.

I effectively pit the similar against the same, knowing all the while that it is the presupposition of my failure that compels this hypothetical repetition.