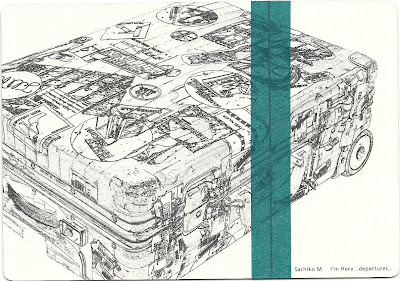 I'm at something of a loss to say much of anything about this. I like it but after some 15 listens, I don't think I grasp it. Possibly because, unlike most of her work from the last few years, she doesn't concentrate on one sliver of a sound--sine wave or contact mic--but mixes in several here while still remaining spare to the extent of negating any idea of obvious structure. I found myself analogizing it to some of Duchamps' "Stoppages" where he dropped lengths of string from a given height, the patterns they formed on the floor becoming the work. There's a steady sine tone for the last bunch of minutes (with tiny bits of detritus sprinkled atop) but instead of being the kind of focus it was in, say, "Bar Sachiko", it feels more like a lopped off end of something, similar to the way Rowe enjoys catching just the edge of an object in his paintings. This piece was designed to be played in looped fashion as an installation, and I think it might work quite well in such a context, where one mightn't concentrate so much in a vain attempt to discern form. I still like it a lot on the home stereo, though I find its nature eely enough to defeat anything much of an attempt to say why. She's a step or two ahead of me, I think. 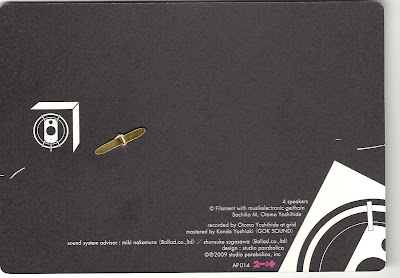 Somehow, a relative walk in the park after Sachiko on her own. Here, with Otomo (and "musikelectronic geithain" which are apparently the speakers in question), we're served a similarly diverse and spartan stew, also one intended for hearing as an installation, but the flow, interrupted as it often is with silence, hits me as more natural, less difficult to comprehend as a whole. Admittedly, there's more in the way of rustling going on, the kind of sound that ameliorates the sines and harsher contact mic scrapes more than a bit. There's also a beep of a malfunctioning fire alarm outside my window at the moment that adds its two cents every five or so seconds, not entirely missing the mark. Lovely overall though, with several episodes of low-level scuffling that are quite wonderful; a fine continuation of the Filament discography. (Love the physical filament attached to the disc card!)

Website for both of the above (in Japanese) here 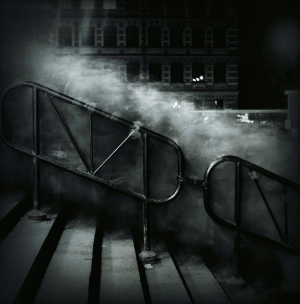 Two tracks, @40 and five minutes, consisting of a kind of rough-edged, ruffled drone casting off shavings and shards. Somehow--and it's interesting to try to figure out how this is conveyed--I pick up a rockish undercurrent, I imagine due to Hideki's presence, which deadens the proceedings significantly for me. The phrasing, the effects, the timbres--I don't know, but it's distracting and unpleasant (not in a good way) to these ears, making the whole thing tiresome and obscuring whatever of value may have been contributed by Akiyama and Nakamura. It gets sludgier as it progresses, making it something of a chore to listen through, though if one perseveres, there's a patch or two of relative clarity. Not nearly enough. 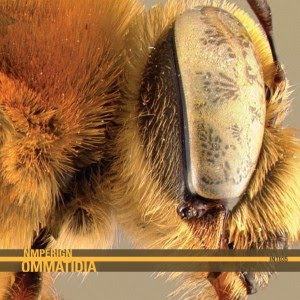 OK, gotta love the cover. Naked nmperign; it's been a while since I've heard them in such a format but their sound is unmistakable. The sounds themselves will be recognizable to anyone who knows their work, but the pieces, relatively short, are assembled for maximum impact and, to these ears, carry a higher concentration of mass and solidity than before. "Glass" begins in familiar nmperign territory, all windy, sandblasted breath sounds, slowly moving over its seven minutes to purer tones. Its elements might be familiar but the structure is just perfect: concise and sculpted, all curved angles. Several other pieces are more active, guttural...louder than one might expect, but the distribution of weight in each is almost compositional in character, really impressive how balanced they are. Great dynamic and, dare I say it, emotional range is covered over the course of "Ommatidia"'s 38 minutes. Excellent recording.