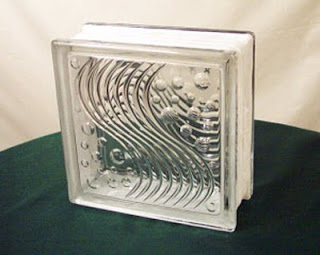 There was a whiff of the Scratch Orchestra at Listen Space last night, something of a similar spirit (though in an interior space, not "in public") that several times evoked the same kind of smile I imagine I would've shown back in London, 1969.

The evening presented four pieces conceived and performed by James Saunders, John Lely and Travis Just. Upon entering the white-painted room, a former funeral parlor, I saw that the central area had been opened up, chairs lined up against one wall. On the floor, toward the middle of the room were a couple dozen common household objects, more or less aligned athwart the space. There were several stones roughly three or four inches around, a couple of kitchen utensils, a toy or two, a ruler, two plastic bags, a small cardboard fruit container, etc. Each had a string tied around it leading off to one end of the room or the other, the strings bearing colorful little flags, three or four each, of the type used for notebook dividers. The piece, by Just, consisted simply of the three musicians dragging the objects--usually slowly--toward themselves, sound resulting from the friction between them and the painted, slightly rough wooden floor. I'm not sure if any set sequence was involved or if the flags carried meaning beyond the decorative, but it was a lovely work, calm but with subtle agitations, the varying textures of the objects combining really beautifully. Very quiet (some of the objects were quite light), very satisfying.

Next up, a piece by Lely had the three sitting around a small table, iphones (or the like) in place, grasping a mallet, five various objects in front of each. They played some kind of metronome app (unheard by the audience, which numbered all of a dozen) and struck their objects in the same regular rhythm, though off from one another. When they switched objects (not at the same time) they also restarted the app, enabling a different combination of the tempi. It had a kind of playful Reichian aspect and one could easily appreciate the irregular triplets that emerged, but one also quickly grasped the essential nature of the piece, leaving relatively little room for surprise. One of those works that would have been fine at five minutes and became overly drawn out at 15-20.

Remaining at the table, newly armed with pencil and scissors, they proceeded to a piece by Saunders. The score consisted of about 20 sheets of paper per performer, each containing a drawing of some kind and, as I would later on discover while talking with the composer, specific instructions on what to do with it. These included various kinds of drawing with the pencil, cutting with the scissors or touching with their fingers, the resultant sounds ranging from the almost inaudible (rubbing fingers on the paper) to, well, as loud as scissors get. It seemed that there were only loose guidelines as to how long to spend each sheet; though they finished within a page or two of each other, there was never any group shift at the same time. It did have in common with the previous piece a bit of excessive length (if it lasted 20 minutes, I would've pared it down to 12 or so), the inherent sounds were much more fascinating and complex, rustles to snips to crosshatchings to flutters, the table acting as a good resonator for some of the long drawn lines especially. Really very nice, inevitably reminding me of Costa Monteiro's paper explorations. As with every piece this night, it was rewarding to watch as well as listen.

The last work was again by Lely and quite the capper. Saunders sat at the left end of the table, equipped with a floor tile and a chopstick. Just was at the right, with an old, thick book and a chopstick of his own. Between them sat Lely, his hands on a glass brick similar to that shown above. He slowly slid it toward Saunders. When it touched the tile, Saunders began, apparently as rapidly as possible, to thwack the brick and tile in a single motion, producing a quick double tap. Lely then moved the brick away, slowly, toward Just. Saunders' strikes began, necessarily, incorporating the tabletop as well so his sound now had three elements and those elements became more and more drawn out as the brick receded from him. When it touched Just's book, he started in on the same action (Saunders' arm now extended the length of the table--fatigue was becoming a factor!). Lely then slid the brick between the two poles, the resultant set of double rhythms expanding and contracting elastically. It was a rare display of (semi) athleticism in this music! Eventually (after messing with the two players a bit, I think) Lely's brick once again abutted Saunders' tile and he was "allowed" to cease, sweating and shaking his arm. It moved, ever so slowly, back toward Just, none to soon caressing his book, bringing the work to a close. Really fun, only about 5 minutes total, perfect length. Wonderful piece.

Thanks for the report Brian. Interesting stuff from some great people.