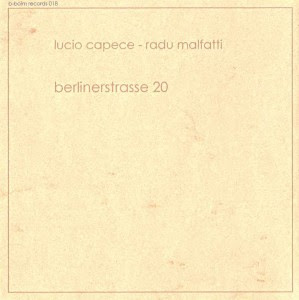 I remain way, way behind in my grasp of everything Malfatti's been up to in recent years, but I think it's safe to say that, broadly speaking, this duo doesn't sound un-Malfatti-ish. The silences, though present, are of shorter duration than is found in much of what I've heard and the ancillary sounds--here, all manner of clicks and rustles--are also more in evidence. At heart, though, are the paired, quiet, lengthy breathlike tones from trombone and bass clarinet (a luscious enough sound marriage in any case). That dissolving of the borders between structure and pure sound seems to me, in part, to be what Malfatti's about anyway and this is a fantastic example of same. One's mind flits back and forth between these concepts; as soon as I find myself wallowing in the lush depths of Capece's bass clarinet, frosted by the trombone, I flash back to the layered structure that would be there regardless of the specific sound source and find that fascinating enough for me to forget the exact sounds involved. There's an utterly lovely sequence near the end where Malfatti taps a cadence with his fingertips on the trombone over a low, burred tone from Capece that's worth the price of admission. For all the glacial pace, one's brain is constantly active, slipping from one mode to another, maybe once in a while attaining some kind of illusory balance. Beautiful recording.

Should soon (?) be available stateside via erstdist? 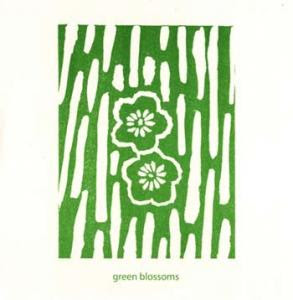 Much of Anthony Guerra's work in recent years has trended toward the lush and melodic, often very attractively so. Here, as Green Blossoms, in collaboration with his partner Aiko Noga, he pushes even further in that direction, the pair compiling a set of dreamy songs over a mix of electronics and guitar-generated tones that range from delightful whimsy to gauzy evocations that all but evaporate. There are a couple of tracks that tilt too far toward the folky/poppy/woozy for my taste but there are also a couple, "Hana-Akari" and the title piece, that are just gorgeous tunes, catchy little memes that linger in the brain. Really nice closing track as well, a moody meditation on harmonium (I think) and guitar. Refreshing like lime sorbet. Nice work. 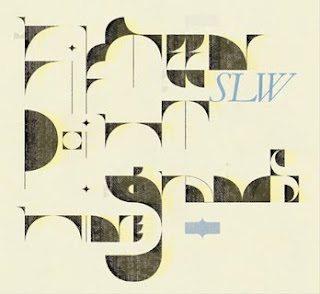 The second offering from this high-potential quartet (Burkhard Beins, Lucio Capece, Rhodri Davies, Toshi Nakamura), recorded in 2007. One piece, though it falls into two sections. This first, lasting some 25 minutes, is wonderful, beginning in scrabbling fashion, mid-volume, then collecting itself, reducing things to strong, low hum, then gradually piling on sounds until a fine dull roar is achieved, Beins working up a fine lather. Not an unusual approach, but very subtly done here, with tones that often exist in a narrow range but are laid out with a sensitivity that allows each its space. I would have preferred it had ended at that point as the ensuing 19 or so minutes, while not bad, edges a bit into noodling territory and, to my ears, never quite gels until the very end, a keening sequence (I think Capece's buzzing soprano is the main element). Good recording overall, though, entirely worth hearing.

Both the Capece/Malfatti and the SLW discs are among my favourites of what has been a very good year. Berlinerstrasse 20 is simply gorgeous. For me it's not really typical of Malfatti's output of the past decade; it's a step up from what I've heard before (which is quite a lot, but not everything). Just a little bit busier and less predictable (which certainly helps for me), but above all just lovely stuff.

The SLW is very strong too, and in part because of its unpredictability. It's quite different from the group earlier release (which I also liked) and while I agree that it perhaps doesn't sustain for its entire length, it kept me captivated enough. Both well worth buying.