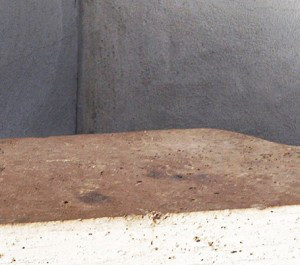 Christian Wolff/Antoine Beuger - Where Are We Going Today (Erstwhile)

I've little doubt that were one to come upon this music knowing absolutely nothing about the two participants, the affection, respect, understanding and love shared between them would be overwhelmingly clear. In fact, though they met in 1991, they've only physically encountered each other a handful of times over the years, generally when one or the other was invited to an event in Europe or North America by the other. And indeed, this recording was created by each composer individually, two months apart: Beuger in Haan, Germany and Wolff on his farm in Royalton, Vermont, US. Beuger, over a period of about a month, spent 10 or 15 minutes each day thinking about Wolff, compiling a list of words and phrases he either associated with the other composer or which, somehow, embodied his feelings towards him and his music. He then put together a 70-minute recording of himself speaking some of these words, situated like islands in a vast pool, interspersed with soft whistling (one immediately recalls his superb collection, 'Keine Fernen Mehr') and the discreet replaying, never really foregrounded, of the Wandelweiser recording of Wolff's 'Stones' from 1996. Beuger sent the result to Wolff, who compiled five 10-15 minutes sessions, thinking of his collaborator (there's a wonderful moment, some 50 minutes in, when you hear the older composer, almost as though startled from a dream, say, "Antoine!"), performing on piano, objects, charango (an Andean guitar) and flute. Melodica, though not listed, is also clearly heard.  I'm not sure whether or not Wolff constructed his music so as to specifically fit in with Beuger's, but I suspect not. More likely, it seems to me (I could be wrong), he "simply" attempted to arrive at a similar emotional and fraternal territory, trusting serendipity to align things. The two recordings were mixed by Taku Unami.

The resultant music is spare but gentle; not even so much gentle as relaxed and confident enough in each others' personalities that small eruptions, generally from Wolff's piano, can occur without provoking unease. Which isn't to say that it flows, though it does, but more simply occurs. One recalls the Rowe/MIMEO project, 'sight', wherein the listen constructs many of the patterns insofar as they're perceived. Beuger's voice, calm, emerges throughout, widely spaced, beginning with, "Say, where are we going? Where?" (though, intriguingly, the discs title excludes the interrogatory) which ably frames one aspect of Wolff's work: the unforeseen or in fact unknown destination of a given piece. Wolff's melodica seems to respond, easily adopting a voice-like character for this listener. "After. Afterwards. After words", Beuger says, Wolff replying with a low piano chuckle. It's all so intimate, almost uncomfortably so (like the aforementioned 'Keine Fernan Mehr'; one feels as though eavesdropping on a quiet, private conversation, the pair perhaps lying in a field, watching the sky, talking freely, softly, only when necessary. "We have to go now", Beuger says a couple of times near the end. "As if their dialogue had never ended." One gets the sense it hasn't, yet, and that's such a good thing.

An extraordinary recording, so personal, so different, so wonderful.