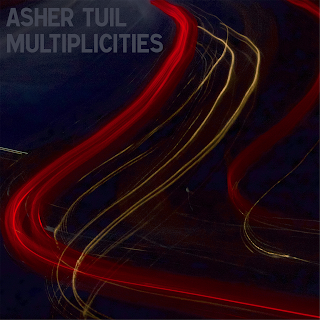 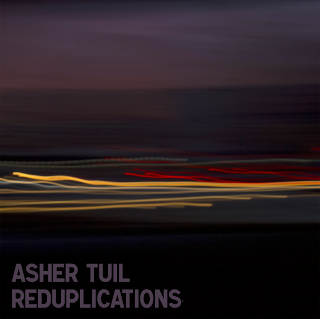 As near as I can tell, Asher's been releasing music more or less exclusively on-line since around 2014. The above two are the first I've heard of his music since 2009, so I'm guessing approaches heard herein have evolved over that period but I was somewhat surprised at the nature of what's here. There's much more structure in play, though it's a clear and even simple sort, none of the smoky, ghostly atmosphere of work like that heard in 'Miniatures', 'Graceful Degradation' and the like. 'Multiplicities' consists of almost an hour of small, electronic melodic patterns, each only several seconds long, repeated in sets of, I don't know, 10 to 30 times each. The patterns are relatively similar, containing two or three layers of smooth, synth-like tones, generally offset with a sandier or more staticky one (or two), very reminiscent of aspects of 90s glitch-prov. It's neither flowing nor fragmented, straddling both notions. I find it reasonably interesting to listen to intently, more so to have on as ambient music.

'Reduplications' also involves repetition, though over a much slower scale. Eight tracks ranging from 16 - 19 minutes, to the casual listener the music might sound very much in line with classic Eno of the 'On Land' or 'Apollo' period: resonant, slowly undulating and intertwining drones leavened with the odd, echoey bass droplet or electric piano bell-tone, all over a scratchy field that varies in intensity. Again, it's a little odd to listen to closely and individually as the pieces, despite some textural difference, at such a length begin to blend together. But as subtle accompaniment to one's environs, the mix of sandy washes and mellow tonality works very well.

You can listen for yourself to this and other recent work from Asher at his bandcamp site: