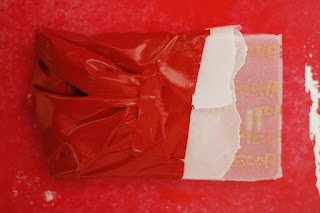 Sounds recorded in Stockholm and transfigured by Shakhnes. True to form, the resultant sounds on the first of two tracks on this cassette are rough, rumbling, dark and gravelly, surging along line a mudslide bearing multitudes of rocks, trees, metallic items. Or like standing in a near-abandoned area at night, watching an enormous, mysterious, loud machine slowly--very slowly--make its way down the street, disappearing around a corner. The second is more open, though just as eerie, the sounds occurring in a larger space perhaps, less concentrated but, as a consequence, more clearly heard. A threatening quaver or two and banging/clinking metals take up most of the area. Various groans, squeaks, horns and buzzes seep in before spiraling away into night.

That's on the cassette. If you order the download, you get for more tracks, over an hour, "Stockholm Variations #'s 2, 2.5, 3 and 4". They're in similar territory, with a few different tacks taken (especially the last, a ratcheting, cyclic sequence) and are just as enjoyable. 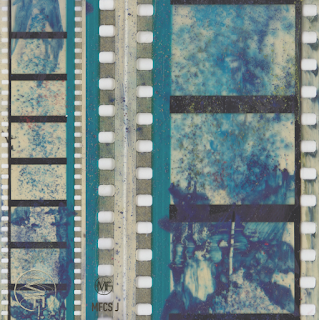 Somewhat less grainy than the above release, inhabiting an adjacent but slightly cleaner world, still dark, still uncertain but a place where the metal-to-metal sounds are drier, the surrounding accompaniment crisper. Shakhnes' music often has an undercurrent of rotation, of tight iterations of layer upon layer of sequences. I think I've written before that I'm reminded of Jason Lescalleet's experiments with crumples loops strung between several old tape players. It's industrial, all turbines and generators, evoking the sensation of wandering through (and leaning against) vast machines operating on auto, at night, the factory deserted. Some vaguely animal-like sounds emerge on the second track, "at least as alive as the vulgar', the whole thing like a half-received radio transmission, staticking in and out of clarity. Wooly, uncomfortable and absorbing, beginning to end.