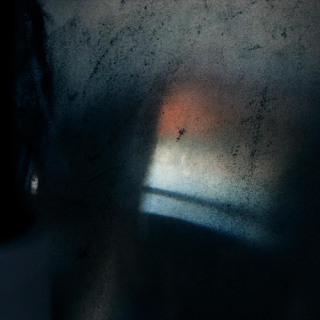 Long one of my favorite NYC-based musicians, Guthrie has released another in a string of very strong recordings, despite having relocated to the nether coast. Largely sourced from field recordings but also personal ones including her grandfather's piano, some tap dancing and, I imagine, others less clear. Her French horn, always a welcome sound, only appears on the final track (and maybe the third?). Before then, we hear unsettling, often dreamy sounds--in 'Bellona', echoey scrapes, odd burbles, voices far away and underground, a hiss/sizzle. 'SERIOUS WATER' [sic] is similar, bit with a greater resonance, a metallic howling and, soon, more vigorous scrapes, a voice describing a Tibetan prayer wheel and its usage and the aforementioned piano; altogether transporting. Each piece expands the sound-world a bit, incorporating recorded messages, hornlike moans (on 'Red Wolf'--those are the sounds that might be Guthrie on the horn), various urban atmospheres, billiard-like clicks, much more. 'Spider', the fourth of five works, stands somewhat apart, consisting of much harsher and abstract tones, high squeaks and sharp percussives and a staticky sequence that sounds as though its ultimate source might have been a voice. That electric field, hovering and pulsing over barely heard sounds of, maybe parents and children playing in a park, creates a superbly Lynchian aura. The album (this is a vinyl release, by the way) closes with 'Glass', Guthrie's poignant horn singing over a high electric pulse. It grows into a wonderfully rich and mysterious form, the horn becoming submerged in a gaseous atmosphere full of mirroring glitches, very kaleidoscopic, ending with a street violinist performing 'Autumn Leaves'.

A beautiful, knotty, absorbing release, another in an increasingly and hopefully unending line from Guthrie.