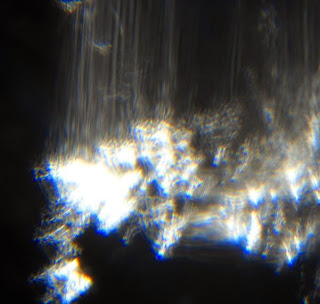 Lamb has become one of my favorite composers in the new music (are we using the term post-wandelweiser yet?) and this recording does nothing to deter me from that opinion; cements it pretty firmly, in fact.

"in/gradient" is performed here by the quartet of Andrew Lafkas (doublebass), Tucker Dulin (trombone), Jason Brogan (electric guitar) and Lamb (viola, filtered/formant oscillators), a single 55 minute work. While there's something of a steady-state character to the piece as a while, within, it makes extensive travels and creates a vague structure. Lamb has a professed fascination with just intonation, very much on display here. I've not seen the score but I'm guessing a good part of it involves an instrument's migration from one note to an adjacent one over a given period of time, dwelling on the microtones encountered during the passage. [Shortly after writing the preceding, I happened to have some communication with Lamb and she was kind enough to send me the score. Unsurprisingly, there is a helluva lot more to it than I imagined. It's quite dense, in fact, and among other things, the specific pitches involved are delineated in ratios, colors and cent values--if I'm reading it correctly, never a safe assumption--, quite specifically, although other aspects of the approach are up to the discretion of the musicians. In any case, there's a huge amount of things going on] With four instruments (plus oscillators) all capable of this kind of gliding (I get the impression Brogan is using an ebow or similar sliding apparatus) the overlay of these microtones is consistently amazing and beautiful. It begins on solid tonal ground, just trombone and bass, I think, before the former veers off slightly. There's a silence, the horn reiterates its direction, the others join in, almost hesitantly and the trek continues, pathways bifurcating. The sound is quit but full, the notes tending toward the lower ranges of the instruments. The lines shift in duration so that the overlapping is always in flux and the presence of this or that instrument shifts as well, one or another always emerging or submerging. It's difficult (for me) to describe further except to say that I found it entirely mesmerizing, leaving on play for more than a day, over and over, appreciating it on its own and how it colored and interacted with the environment; at one point, the Wednesday noontime sirens were heard and fit in gorgeously.

A fantastic piece of music, one of my favorite things for a long time. 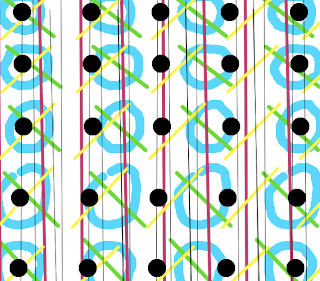 Three works by Eubanks bearing a certain amount of similarity to each other, each very concentrated and interesting.

"Double Portrait" consists of brief alternating patches (four to five seconds) of field recordings and sine tones/soprano saxophone. There are two of the former, each repeated through the piece's fifteen minutes, one including church bells (which, for me, impart a kind of ominous sensation), one with what sounds like horse hooves and traffic. Actually, the first repeats in whole, the latter seems to be an ongoing process, four seconds at a time. Interspersed with these are calm held tones that more or less occupy the same area throughout but with subtle pitch variations and differing strengths of the sines vs. the soprano. Irregularity within regularity, very rigorous, like a set of shutters opening and closing, some offering the same view, some with a slowly changing scene. Toward the end, the sections begin to overlap. Eubanks requests the listener do so with an open window, something I do fairly routinely anyway, and it works fine here, adding another layer of quasi-regularity.

"Spectral Pattern", for sine tone, tuned pulse, white noise and instruments (here, Johnny Chang and Cat Lamb on violas, Eubanks on soprano) lasts twice as long and begins in a similar structural territory, a steady, light pulse with the occasional (more widely spaced than above and longer) "window" during which the strings and horn play lines near enough in pitch to engender wonderful quavers. A bit over seven minutes in, the pitch of the instruments in a more plaintive direction and you begin to detect an additional, very faint sine tone alongside the pulse. Somewhere past the halfway point, a general hiss (the white noise) infiltrates things, blotting out the pulse, entirely "other", alien in a way. The noise feathers out, commanding more of the sound field, the instruments continuing as before but unable to enter into anything remotely suggesting a dialogue. Oddly disturbing, very effective.

The final work is "Enclosed Space Phenomena" for generative sine tone patterns and interior space. Immediately, we're in a different sound world, one filled with multiple ringing, swirling tones, crystalline but also liquid in nature, not loud but insistent (the piece was recorded in a cistern). The cycles gradually come into phase, reminding me of the glockenspiel patterns from Reich's "Drumming", though looser and not overtly rhythmic. It's actually tough to discount the mental image of a number of teensy percussionists at play here, going in and out of phase, shifting the attack and dynamics. One can only imagine being in situ for this event, but it's beguiling enough on disc. The cover image is a pretty good analog for this music. Played at sufficient volume, perhaps you can approximate the cistern effect at home.

Extremely rigorous and well-focussed, each piece is substantial and absorbing. An excellent recording. 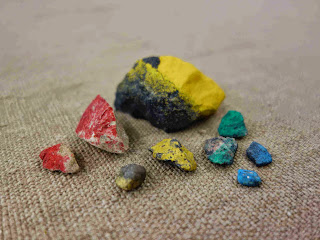 Sacred Realism pulls the hat trick, three for three in this new batch. I've been increasingly impressed with Lafkas' work these past few year and this one extends his streak. Scored for nine musicians (Jason Brogan, electric guitar; Adam Diller, bass clarinet; Tucker Dulin, trombone; Sean Meehan (rare sighting!), percussion; Ron Stabinsky, piano; Leif Sundstrom, percussion; Karen Waltuch, viola; Barry Weisblat (another rare sighting!), radio; Lafkas, bass), the nearly hourlong piece breathes and lives, the time passing with remarkable quickness. The work sprawls, very beautifully so, the sounds generally soft and low (though there is often a burred tone buried in the mix, imparting a needed roughness) but welling up at multiple points to brief crescendi, quite dramatic. Funnily enough, given my reference to Reich above, I sometimes had the faintest glimmer of the structure in "Music for Eighteen Musicians", those bass clarinet-led surges. Those crests surface through the great, dark masses every few minutes for much of the work, often heralded by clear, striking piano notes, becoming more frequent toward the closing minutes, eventually mixing in and forming a new kind of mass, just for a few moments. Lafkas, in his last several releases that I've heard, has a way of constructing these amorphous-seeming but very solid pieces that do indeed possess a strong sense of respiration. Not as overtly rigorous as Lamb or Eubanks in the above recordings, but more mammalian (!) and also with a faint trace of brooding Romanticism. Wonderful work, something I'd love to experience live.