Apologies for the even briefer than normal write-ups. I'll be away on vacation in the US as of August 15th, not back until September 4th and I have a heap o' stuff here, both physical and digital, wanted to get a batch done before I left. 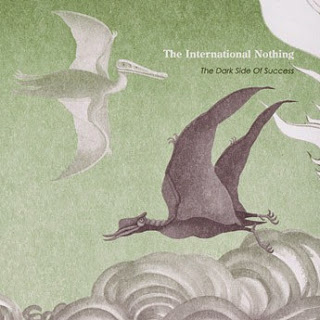 The International Nothing - The Dark Side of Success (Ftarri)

The third release by this self-effacing duo (Kai Fagaschinski and Michael Thieke on clarinets) is very much in line with the first two, both a good and, perhaps, a slightly troubling thing. Good in the sense that what they do is so luminous and beautiful, tracing delicate lines, often with closely adjacent tones creating a panoply of ghost tones and beats, all played with extreme subtlety and sensitivity, carving out a fine area of sweet/sour tonality; it's wonderful work. Troubling, maybe, in a kind of treading water sense. I find myself wanting to hear them more steadfastly confronting song forms, something they do in one track here, "Deepwater Horizon". There, a simple seesaw rhythm undergirds some gorgeous playing, ironically, opening up (for me) wider vistas in urgent need of exploration (!). The remainder of the recording is absolutely fine and should be heard both by fans and, as ever, curious listeners just getting into the genre. It's lovely music, greatly appreciated; I just want to hear them push things more. 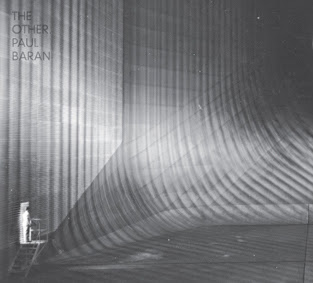 Paul Baran - The Other (Fang Bomb)

I think it's safe to say that within in this extremely wide-ranging recording, most everyone will find a few things they enjoy a lot as well as a few tracks they could easily do without, though those would doubtless vary a great deal from one person to another. Baran is well aware of the further reaches of experimental music but chooses to pepper "The Other" (assembled between 20101 and 2012 with the participation of, among others, Sebastian Lexer, Axel Dorner, Lucio Capece, Werner Dafeldecker and Sylvia Hallett, to mention only those with whom I'm familiar) with nods in various more popular directions including electro-funk. Sometimes the music recalls early Bryars (the strings on "Himmelstrasse"), though I often found myself thinking of the shifting electro-exotica of Simon Fisher Turner (this is, for me, a good thing). A young girl elucidates chess moves, Baran sings a couple of times (evoking Robert Wyatt once). The general atmosphere is one of flux, of shadow movement; I had no problem drifting along with it, enjoying the ride. Others may find this or that episode distracting, either an over-reliance on song or, on the other hand, if that catches their ears, too much disjointed abstraction. I liked the mix. 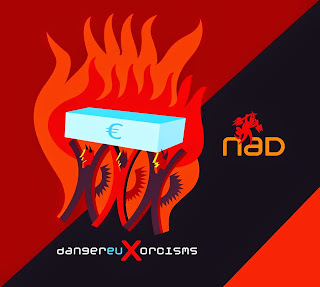 I forget exactly how it happened, but somewhere around 1990, I picked up a disc by an outfit with an unlikely name (at that time, the first word was spelled, "Niu") and had a bit of a blast, eventually writing it up at All Music Guide. So, some 25 years later, the bastard child of Roberto Zorzi and Nicola C. Salerno is back...and it's still rollicking good fun. the cast consists of Zorzi (guitars), Scott Amendola (Drums, electronics), Giovani Albertini (guitar), Pino Dieni (archlute, daxophone, guitar), Henry Kaiser (guitars), Michael Manring (bass guitar), Enrico Merlin (guitar, banjo), Mauro Ottolini (trombone, sousaphone), Marco Pasetto (clarinets, alto sax), the ROVA Saxophone quartet and Garvey Salerno (bass guitar). There remains a bit of the collage aesthetic here, though subtle enough as when the theme from Ornette's "Peace" just pokes its nose out at the end of the first track (Coleman is more fully represented by a cover of "Feet Music" later, a banjo feature, naturally). Perhaps it's unfairly assigning a national flavor but I couldn't help hearing the spirit of (a jazz-funk-rockish) Nino Rota hovering over things; the Godfather theme is also referenced here. Highlights include a lovely take of Frith's "Water Under the Bridge" (originally written for ROVA, I believe), "Europa?" (Angela Merkel on vocals--someone should sign her) and Larry Ochs' "The Shopper" (which I think I remember from a shared LP with Braxton, "The Aggregate", on Sound Aspects). Oh, and they cover "Interstellar Overdrive" and, on a hidden track, perform a moving version from the main theme of Ornette's "Skies of America". 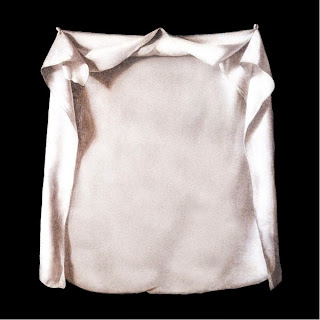 Side A is a dark, propulsive mixture of noise and blurred industrial rhythms--cavernous, echoing with siren-like wails, creating a very paranoiac feel. Very effective at conjuring up an oppressive swirling atmosphere, dense and resonant. Not really my personal cuppa, but well realized. Side B is more threatening still and is enhanced by a bed of rich consonance behind the skittering/gravelly surface. More pulse than rhythm, this track breathes much more convincingly, hovering with menace for several minutes before evaporating into whines and bell sounds; very nice. For fans of dark electronics.

(are we using the term post-wandelweiser yet?)

I don't really know but starting now would be as good a time as any, imho