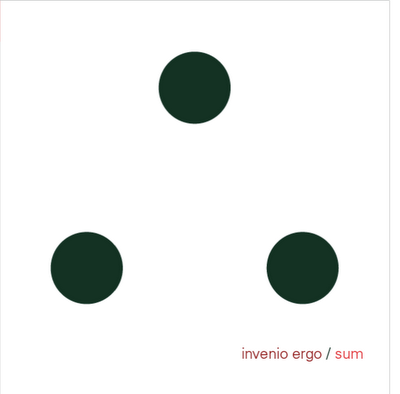 Let it not be said that the mere inclusion of a haggis will more favorably dispose me toward the accompanying CD... :-)

Sum (Eddie Prevost, Ross Lambert--provider of aforementioned, delicious, haggis, for which I extend deep thanks) and Seymour Wright) offer up to lengthy live sets from Cafe Oto in 2009 of relatively unabashed free jazz. This release has been around a couple of years and other reviews can be found here so I won't get into the details so much. I do think it provides a kind of object lesson, to these ears, of how certain things work and others don't.

While granted my prejudices in this field (that is, current attempts at maintaining the free jazz form), I'm certainly more open to what I hear as unexpectedly strong ventures in that direction when I do come across them than many of my peers. The Ames Room, for instance or Will Guthrie's recent "Sticks, Stones and Breaking Bones". Indeed, Prevost's solo on his duo release with von Schlippenbach from around this same time just blew me away. So I try to figure out why the recording at hand fails to move me in a similar manner and the thing that leaps to the forefront is the lack, on the one hand, of the go-for-broke, "headfirst into the flames" (to crib from Last Exit) approach of Ames Room or, on the other, of the sheer discipline and incorporation of AMM-like awareness heard in Eddie's solo (Guthrie's solo combines both attacks, I think). Herein, with all the references to Coltrane etc., there's a kind of jam session aura to it that, despite the knowledge that the participants obviously possess, doesn't transcend into the extraordinary. That may not be the intent, to be sure. But if it's a kind of deconstruction, of using the language of 60s-70s free jazz and applying to it the lessons learned post-AMM, I can't quite see the point. At least here. As mentioned, Eddie accomplished this marvelously in that solo but, try as I might, I can't pick up the same level of acumen. Every so often as toward the end of the second disc, one gets a glimpse of, if not *their* goal, what *I* was looking for--Wright producing soft flutters, Lambert, gentle chimes and Prevost with subtle brushwork. It needn't be all balls to the wall, of course, and this music doesn't attempt that but, all too often, I find myself thinking that had I listened blindfold and then been told that it was a Marty Ehrlich/Michael Gregory Jackson/Pheeroan Ak Laff session from 1978, I mightn't have raised an eyebrow.

Or I'm just missing something salient.

I completely agree, and then some.

When I tackled this CD in 2010, the negative writeup was refused elsewhere. After I ran it on my own website, Eddie Prévost emailed me a series of ironic lines in regard to my understanding of the music (and, extending the concept, of the English language).

Despite the hilariousness of the whole incident, I'm happy to see that someone else does listen. This is a poor album, no ifs and buts.