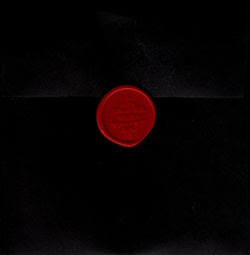 Three very attractive, long-range collaborations between Duplant and Chabala, All touch on the drone with the first perhaps being most clearly in that area. I'm not sure what instruments Duplant is wielding though his bass isn't in obvious evidence, maybe transmogrified into one of the many layers here. Surprisingly, after about ten minutes, it takes a sharp break, is silent for a little bit, then returns, droning but a tad janglier. Then another cessation.On the thrid return, the music grows much more aggressive and rich, the jangles more pronounced; I pick up the slightest smidgen of "No Pussyfooting" :-) A final brief coda, in the same neck of the woods, takes things out. In "far a go", Duplant lays down a ghostly, breathy mesh of sound with deeper, woolier echoes while Chabala picks out isolated, high ringing tones atop. It almost feels like a blues. Again, one is caught by surprise when a fluttery kind of rhythm appears, something like a cardboard box struck with a brush--a lovely sound--in a steady, fast beat. Near its end, there's some funereal tolling from the guitar and splash of synth-y sparkle (which I could have done without) and it vaults into a kind of Bryars-y/Bernard Herrmann-esque area, spooky and, by and large, effective. The title track's sounds are spaced a bit more widely, still with drone resonances but softer, less insistent, Chabala again clean-picking those sparse, crystalline high notes, recalling Fripp in "Moonchild" (!). It's the most diffuse piece here but, for me, also the most successful, the connections subtler, the sounds like nodules along a strand of fiber. A gentle, thoughtful work, concluding a very enjoyable recording. 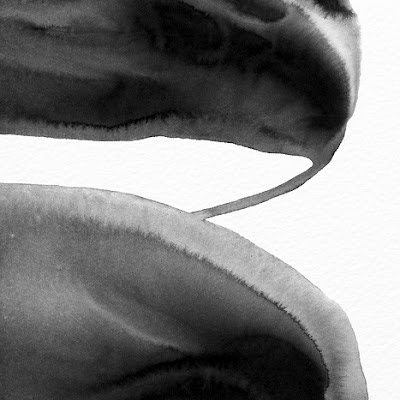 And the music's really fine as well. Drouin (modular synth, radio) and Vogel (flutes, stones) fashion seven pieces that ably straddle the divide between the contemplative and the uneasy. The music is fairly quiet and casts a gentle kind of light at first blush but, as the sounds unfold, a troubled kind of knottiness emerges. As the disc progresses, this urgency becomes more and more apparent, full blown by the final track, yet still the tension remains, the synth reining in, to an extent, the vaulting, rampaging flute. This series of rooms, then ("Raumfluchten" translating to a suite of rooms) becomes something of a drama, a complex interchange. Perhaps I'm reading too much into it, but to my ears the personal-ness of this comes through strongly, more so than in most duos of improvised music. Drouin is reasonably restrained throughout, very adept at introducing commentary that's both respectful and provocative while Vogel seems more willing to push things into uncomfortable territory, her flutes bubbling, lava-like, stoking the furnace that forms a substrate.

A very consistent recording, each section flowing smoothly and fitting in with its neighbors; given the title, one can't help but think of open portals between rooms, walking through, looking back and considering what was said in the last one, looking forward into the net with some excitement and some trepidation.