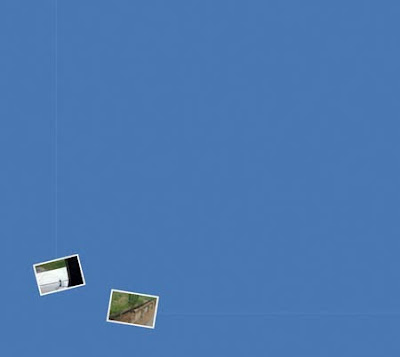 I should say right off that I think this is a fantastic, all-around great release. At first hearing, it seemed that it would be obvious how to quantify the whys and wherefores of this opinion but each listen made this task more and more obscure. Which is likely another reason I think "crosshatches" is pretty great.

I should say that it's tough for me to shake the notion that it's more a Pisaro set than a Tsunoda one, obviously an error but the overall conception of the pieces seem to fit quite well into a type of structure that Pisaro's worked with in the past, particularly the Transparent City pieces, of which "crosshatches" seems to be, at least in part, a beautiful, flowering extension, maintaining the rigor found there but elaborating on it. In the earlier works, sine tones were chosen to roughly correlate with the perceived "pitches" of field recordings, resulting in a wonderful, silvery strand weaving through the soundscape. Here, one hears echoes of that, sometimes (it seems to me) very clear echoes but that strand has become a vine with tendrils and rhizomes, embedding itself in the earth, water and machinery, become an integral structural component.

Given the nature of the collaboration and the assumption (doubtlessly not always correct) that Tsunoda supplied much of what's recognizable as field recoding, Pisaro most of the instrumental/electronic elements, I'm fairly sure that it was merely a matter of embedding roughly musical sounds within a landscape but that there was much give and take, including the soundscpes embedding themselves within a guitar or piano chord, etc. But that only hints at the complexity and breadth of this project.

The first piece begins with a strong rush of wooly sound (wind of some sort), stops, converts to a softer but related draft, stops, then sine tones enter, rotating along their axis, acquiring other, vaguer sounds, low rumbles (very low, often), weaving, pulsing, very much charged, like a power line buried only inches below the surface of the ground, mixing with dirt, water air, nitrogen. It waits there for a good while, every second exciting, One tone, medium in pitch, comes to predominate, pure at first "glance" but made up of more than I think I can directly hear, soon joined by a harsher buzzing hum (delicious combination!), single guitar notes--or piano?-- (prefiguring a darker sequence that will appear in the closing track), then several guitars, each plucking single tones, like fireflies appearing one by one. An abrupt turn into...I'm not sure--wind, surf? with deep, deep buffeting, as of a mic by wind. Subtle hums re-emerge, hisses and a hyper-deep tone to conclude. Cinematic? Yes, very much so and extremely evocative in a way difficult to describe except to say that it elicits memories of places, sounds, smells in this listener and I imagine it would do the same for many.

As said, the pieces vary enough that it's tough to think of this as a suite in a normal sense, at least, at the moment of transition between tracks, though looking back there does seem to be an elusive connectedness. I'm not sure that simply describing the subsequent music would be of much benefit--the array of sounds expands well beyond those heard on the opener and the structures vary marvelously as well. It's not all serene and contemplative--the third of eight tracks (I failed to mention that this is a double disc, @ 85 minutes in toto)is largely rough, irregular static (?) of some kind, garrulous and unwieldy. The interweaving of apparently "natural" and electronic sounds is a fair constant, though I'm sure I mistook one for another on numerous occasions. But the positioning, the admixtures manage to cross the boundary between the merely "beautiful" and connote something deeper if, inevitably, ineffable. Why, say, bird sounds, metallic clanks and thin sine tones act together to evoke these feelings and memories is mysterious..

I will mention that the last two pieces are especially powerful, Pisaro (I take it) introducing a funereal low piano tolling in the final track that's extremely moving, managing to bridge that chasm between the severely abstract and the sincerely (not sentimentally) emotive. That's the overall experience of this set for me: a series of balances--rigor/expansiveness, thin/thick, abstract/evocative. An utterly perfect balancing act, leading to a very new and rich music.