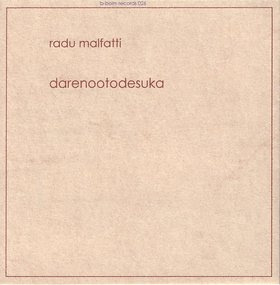 I remember seeing Agnes Martin's white on white paintings at DIA Beacon a few years ago. They had two or more shades/textures/viscosities of white on each panel, difficult to always distinguish depending where done was standing, what the light was like. Indeed, you weren't always sure if you were seeing different pigments or light effects and, of course, it didn't matter. What matter was the deftness and grace of the paint handling, the placement of shapes, the evocations they created as well as the ones the viewer created from whole cloth. I was thinking of those while listening to this release, especially when I followed the written instructions (which I didn't always do, naturally) to "play it quietly". When I did so, it easily evanesced into the room and, if I was at all occupied with something else, even minimally, I entirely forgot that it was there. I dares, however, that it affected the room, tinged it with extreme subtlety. When listened to at volume, it remained in the pop range but one could actually distinguish the quite copious activity taking place. The world's quietest sextet consists here of Antoine Beuger (flute), Jurg Frey (clarinet), Marcus Kaiser (cello),Malfatti (trombone), Michael Pisaro (guitar) and Burkhard Schlothauer (violin). The notes are soft and sustained, the harmonies really exquisite to the extent they surface to audibility. There is the occasional sharp rap of, maybe, a bow on wood. But more, the piece (to use a trite phrase) simply breathes. Respires; inhales and exhales; inhabits. I gives one last (relatively) great heave at the very end; sad and peaceful.

What else to say? It has a different feel than Malfatti's recent solo work (or his improvisations, on recording and live, with Rowe). There's a clearer warmth in the tone, something of a very classical sensation (not sure if Radu would like that!), almost as though he'd taken a soft, slow movement from perhaps Shostakovich, slowed it further, pared away anything remotely peripheral but retained the essence. A reduction over a low flame, perhaps. 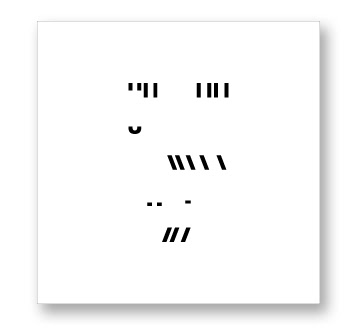 More very quiet music, though of an inherently different type. Three CDs, four compositions, performed by groupings of between three and eight musicians (including a string quartet).

"Disappearing Music" ("for six players (more or less), here with flute, clarinet, saxophone, two violins and two pianos) is a relatively simple idea, gorgeously realized. The winds play a kind of concert A, in a quavering, soft and mysterious manner, creating a lovely cloud, while the pianos contribute small cascades (you can imagine Tilbury here), little postcards from the distance. Ullmann create the kind of sound-world that could last indefinitely and one which could easily lapse into sentimental nostalgia in less rigorous hands. "solo I + II + III", is here performed on oboe, bassoon and organ with the intention, in live performance, of being at some distance from the audience. The notes are sustained, soft and forlorn, with gently arcing but with, ultimately, a downward trajectory. Again, a kind of mournfulness that could become soppy is instead deeply sad and a bit chilling, as though one has entered a vast cavern of lost souls Ullmann, from what i can tell, does have something of a mystic bent; it says something that for these ears, as unmystical as they come, this aspect of his work manages to ring true. A very affecting work, quite moving.

The string quartet (played by the Pellegrini Quartet) is also exceedingly quiet but quiet active. It's hard to resist the image of avidly scurrying small creatures, knocking into each other here, slithering past one another there. Again, Ullmann manages to make this far more than a collection of small sounds; he establishes some kind of convincing, vital framework--how, I have no idea--wherein the collection of brief bowings, squeaks, raps on wood and other extended techniques sound quite natural, fit right in. In this case, unlike the others, I do have a sense of the piece overstaying its welcome somewhat, not enough to be a real drag but its 47 minutes might have worked better clocking in around the 1/2 hour mark. The final work, "PRAHA", is the most hushed and haunting, For speaker, flute, Bassoon, violin, viola, cello, double bass and electronics, apparently conceived as a kind of opera, one in which the texts are essentially inaudible. The sounds drift by, wisp-like, gossamer, reminding me of some ate Feldman but turned low with no overt repetitions or near-repititions, You hear gentle taps on occasion--more than once, they reminded me that the recording was still there. It's a great composition and I'm pretty certain I'm not grasping the half of it.

A fantastic set; with the Malfatti above, another 2012 favorite.

Note, for some limited time, I guess until they run out, Erstdist has free copies of Because Tomorrow Comes samplers, Volumes 2, 3 & 4 which, while varied, contain some pretty cool goods, including a fine Charlemagne Palestine street recording...
Posted by Brian Olewnick at 5/30/2012 05:49:00 PM