Things I picked up in Sweden... 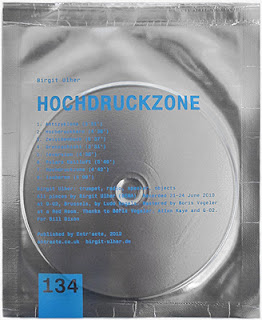 The evening of our arrival in Västerås, we walked to the home of Johan and Lina Gatte Redin for a get together with many of the people responsible for the festival. There was also music to be heard in the living room, including a wonderful solo set by Ulher, my first opportunity to hear her in person. This disc isn't worlds away from what transpired that night and deserves wide attention.

Ulher works in an area that's not entirely unfamiliar to most readers here but brings to the horn a sensibility that's certainly her own. To me, it's an odd combination of implied rhythms and a special kind of patience. The vocabulary is recognizable--the breath tones, burred edges, the scrape of metal on metal, some electronics, the vibrating mutes and metallic sheets--but the uses they're put to taken, interestingly enough, something of a some structure. I'm reminded of a similar feeling I received from the best of John Butcher's solo work. The eight pieces here are all relatively brief, between four and seven minutes, and have that contained kind of quality, each a concise expression and exploration of not only a given attack, but the mold in which they're formed. Ulher is very open and unmysterious about what she's doing; sometimes that detracts from a piece as when a ribbed object is stroked back and forth along the horn, the jiggly tone rising and falling predictably. But more often it's refreshing, a straight-on examination of these techniques, their apposition to each other, the tense structures they form. There's a Carver-like (Raymond--admittedly on my mind lately) sense of the clear wonderment of the everyday .

Tough and graceful, a very compelling combination. Her set with Andrea Neumann was perhaps my favorite of the festival and this disc relives some of those fine moments. 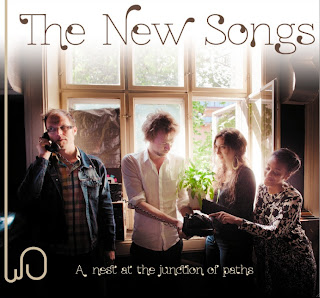 The New Songs - A nest at the junction of paths (Umlaut)

One of the more problematic sets t the festival was the duo of Christof Kurzmann and Sofia Jernberg. As with a good bit of his recent offerings, this was Kurzmann in song mode and I remain largely unconvinced. Even leaving aside his vocals, which can actually be affecting even so far as they're undeveloped, the songs were simply not very interesting, very lackadaisical but not in a good, relaxed sense. They meandered, seeming to search for some kind of hook (which would have been welcome) but never finding one. Jernberg, however, was outstanding, possessing a gorgeous voice and exquisite control. It was obvious she had a great deal to offer. It was recommended I check out this dis, so I bought a copy.

The group is David Stackenas (guitar, preparations, e-bows), Eve Risser (piano, preparations), Jernberg (voice) and Kim Myhr (guitar, baroque guitar, zither). It's also very much in a song-oriented framework (Jernberg and Risser are the composers) and also, generally, quite loose, though not so loose as the Kurzmann set. But again, one wishes for more pure songliness. When melodies emerge, when rhythms poke up their heads, it's quite lovely; this is a case where I wish the band didn't feel compelled to work the edges and actually grooved more. Given the instrumentation (piano is worked inside more often than not), there's a delicacy at hand that sometimes approaches the cutesy and affected; one hopes to hear more grit, more forthrightness of song.

This finally manifests on the closing track, "The Hill", where everything comes together beautifully, free sections sprouting from heartbreakingly lovely choruses, wonderfully inflected vocals from Jernberg, perfect piano from Risser. If they continue down or around this path, I'll even forgive them their name.... 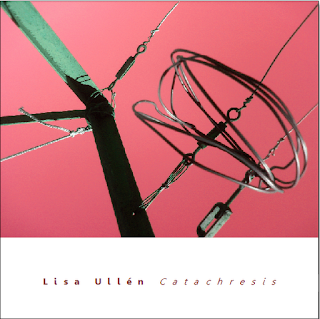 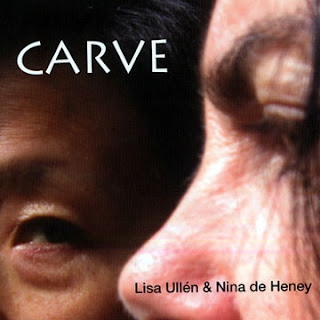 Lisa Ullén was one of the curators of the festival (indeed, was responsible for almost all of the events I found especially outstanding). She also preformed, in a trio with Nina de Heney and, less enjoyably, the unaccountably ubiquitous Okkyung Lee. The music there, as well as on these two releases, lies squarely in the European free jazz tradition, though along the pathway that traces its lineage back to pianists like Paul Bley up through Irene Schweizer, that is to say with a strong underlying, if abstract, melodic aspect as well as a free sense of, if not steady rhythm, pulsation.

Catachesis is solo, with plenty of prepared piano. i should say that there's nothing dainty or winsome about Ullén's playing--it's plenty tough and sometimes jagged. She enjoys the lower registers, rumbling there on a piece like "Low Voice I" with fine, single note drive, evoking Mal Waldron. A largely prepared work like "Periphrasis-GOLD" is a great mixture of textures, spacing and dynamics, sometimes actually recalling the composer one might think of when reading the title, Xenakis. At other times it dwells somewhere between Nancarrow and Cecil Taylor. I don;t mean to suggest that her playing is imitative by any means; it really does stand on its own, but she clearly possesses a wide knowledge of various traditions. There are also tracks that fall into a more standard free improv frame, drawing on both classical and avant jazz histories, something not quite up my alley but certainly as able and solid as most anything else you're likely to hear in that vein. Strong work.

The duo with bassist Nina de Heney falls in similar territory (on both discs, incidentally, the pieces are reasonably short; on "Carve", a two-disc set, they're all between three and six minutes). de Heney, both here and live, strikes me as quite a formidable musician, with a rich tone that reminds me of classic Dave Holland. It probably deserves more analysis than I can give here, by someone a bit more in sync with this area of improv that I am currently. There's a similar range of variation as found in the solo disc, again the music ranges from relatively lyrical to abstract in an efi sense; think (again with the comparisons!) Schweizer/Barry Guy maybe. Sure, I'd wish they'd feel less inclined to fill almost every moment with activity, wish they'd pause to take in their surroundings a bit more but...well, put it this way: it's every bit as satisfying and then some as any similar music I've heard in NYC over the past decade. Do check it out. 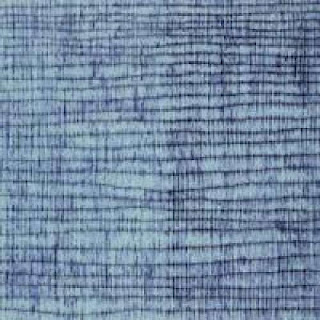 During the festival, inside the main public space (a beautifully renovated factory), there was some curious activity going on in one corner. I wasn't fully aware of all that was occurring there, being otherwise occupied with all and sundry, though I'd noticed some contact miss suspended in a large fish bowl, passersby occasionally delivering a fingernail ping and eliciting loud sounds. It further reached my ears that there was exceptionally good coffee being brewed in that area though each time I went to investigate, there was a line longer than I wished to negotiate. It wasn't until the very end of the festival that Nina Polaschegg and I went over to attempt to procure a cuppa that I belatedly understood what was going on (Nina was way ahead of me here). One James Brewster (a likely name!) had taken it upon himself to conflate the worlds of field recording and barista-ing, mixing espresso machine and almost anything else around, including chairs and tables, whilst offering up a (purportedly!) fine cup of coffee. Alas, when we arrived there, his grounds had been depleted, but he did hang around to tell us of his venture, hand out materials (including this cd as well as a mock-documentarian tract not he effect of espresso on the brain development of Neolithic Man, replete with accounts of mug shards and espresso cups whittled form mammoth bones). Sorry I missed it but I gathered that his inspired combination of coffee to accompany strange sounds will get him invited around with some frequency. You should check him out if this happens, a fun guy,

The disc bears no overt relation to this project but is somewhat enjoyable on its own. It starts beautifully with a rich baritone voice (Men Diamler) proclaiming over organ tones in music that sounds somehow like lost, archaic, heroic British/Nordic folk material, if that makes sense (well, he's a Brit living in Sweden, so...). It's quite stirring in any case, and I was disappointed when it morphed into Glassian/Lentzian minimalism. Ah, you can actually hear it here. Amusingly, it reprises two cuts in, just as I'm playing this You Tube cut, creating a wonderful, shimmering effect...It continues, the tracks merged, raining from a kind of bubbly minimalism to rave-like episodes to atmospherics into a kind of proggy zone Brewster's own vocal having a Sylvian quality. Nothing earthshaking here (though these hovering insects, when they finally appear, are unnerving enough) but it's plenty ingratiating, like a good cuppa java.

Make Mine Music evidently expired late last year but Brewster's websitecan likely provide the info you need as well as offering, on its opening page, a little demo of the mic'ed espresso machine.
Posted by Brian Olewnick at 5/08/2012 06:00:00 PM

I seem to find that footage of the mic'd espresso machine comically dramatic.

yeah, not (I don't think) as "dramatic" as the actual install--this seems like it was cooked up as a promo of sorts...