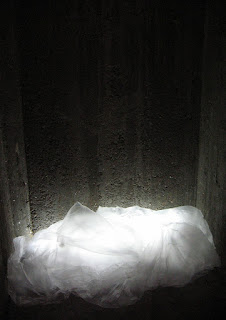 For soprano and organ. An odd recording, different in most ways from any expectations I had going in (not that I had anything firm, but an operatic soprano in an improvised--or quasi-improvised--format does engender certain malign thoughts) and enjoyable in certain segments, not so much in others.

I should say at the outset that Guionnet's organ is unfailingly fantastic throughout, often remaining in the deeper, darker stretches of the instrument (though, yes, once or twice recalling the tonality of the spaceship in "Close Encounters"...), providing a great foil for Bergerault's voice. The voice, or more accurately, the use of it here, I sometimes find problematic. While she never ventures into Hirschian histrionics (and yes, I know the etymology) she does occasionally recall Galas which is dangerous ground if you don't possess the latter's full throttle conviction. She sings for the most part like the classical singer she is--only a few Ami Yoshida-isms here--and making that work in this kind of context is no easy task, tending to remind one of more academic efforts from the 60s contemporary music world. Nonetheless, I find that, even when this is in effect, I can often get beyond it to an extent, to strip the voice of its emotive baggage and hear it more as simply a sound element. Now, I wouldn't be at all surprised to discover that this is precisely what Guionnet doesn't want, given his association with Mattin et. al., for whom divorcing sound from source or context is anathema. Other times, on the first track, Bergerault falls into a wavering, "ghostlike" rising and falling that overwhelms my ability to isolate it and makes for some tough sledding.

Mune 2 (the three tracks are all "mines") is something else again. Recorded in 2008 (the others are form 2010), it's very understated all around, Bergerault sounding as though singing through a gag or mute, an uncomfortable though very effective, hidden kind of quality, sometimes evoking an animal's soft cry. Guionnet applies pensive clouds, fog like tendrils. Maybe 2/3 of the way through the 23-minute piece, she loses whatever the muffle was but still maintains a wonderful, softly burred tone, plaintively cooing, sometimes edging into breath-tones, without none of the stylistic tropes heard on the first track. I love this piece.

The final cut is also of a piece, Guionnet beginning with his most overtly microtonal playing (recalling bagpipes) and Bergerault contributing brief, sharp stabs. The work goes back and forth between the kinds of approaches heard in the first piece and successfully damping them and working them into the basic fabric here. It's frustrating as, when it works it's very fine but when the Galas-isms appear, it simply becomes too obvious though, as ever, the organ ameliorates many a sin.

A really interesting release, for all its faults; I'm happy to have it for that simple track and as an element in Guionnet's oeuvre which I find pretty fascinating. Also curious as to the structure, how much was improvised, how much not. Oh and lovely photos... 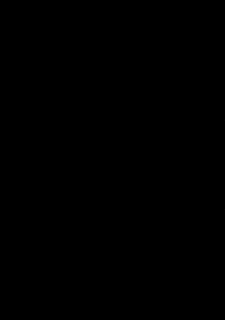 Baron's disc is a far tougher nut to crack but, again, a strangely rewarding one. Seven tracks, each precisely seven minutes long, each comprised, as near as I can tell of combinations of electronics and saxophone, the latter tending toward pure, he'd tones, as though attempting to approximate sines. There are other sounds that I can imagine being occasioned by, for instance, saxophone key pops transmogrified; not sure, but wouldn't be surprised. It opens quite sparingly, the long notes set against quick, regularly spaced blips, sunning a bit like an adjacent universe version of Rowe/Sachiko, perhaps even more so as, in the second track, rough scratchings and static elements are introduced, a refreshing break from the icy clarity etched earlier.

Other sounds are continually fed into the mix, though usually at a very low level (sometimes extremely low)--hisses, what sound like garbled recordings form some public space, a grunt or two, etc., though the "spine" of the long tomes and recurrence, in one form or another, of the bleeps lends a fine cohesiveness. It begins to sound oddly full or, rather, the elements occupy exactly the right amount of space but in an array that strikes one as unusual but tense and magnetic. Those bleeps do threaten to become overweening in their sterility, especially so when they closely approximate Morse code but then again, they're positioned opposite these wonderfully mysterious and scuttling sounds (and those pure notes) so one has the mental picture of a kind of three-body situation, each affecting the other in an incalculable manner.

By the sixth track, things have become wonderfully subtle; what sounds like a huge amount of very quiet squeaks and rustles rubbing multitudes of shoulders. The music somehow seems to expand here at the end, really intriguing how Baron manipulates space.

Ooh, I love when we get to get pedantic about language! Were you implying "histrionics" has the same etymology as "hysterics"? That's how I read it and what I thought at first, but when I looked it up, it turns out to not be the case. "Histrionic" simply comes from the Latin for "actor."

heh, always thought it was the same root. Good to know I can use it and avoid (valid) backlash!