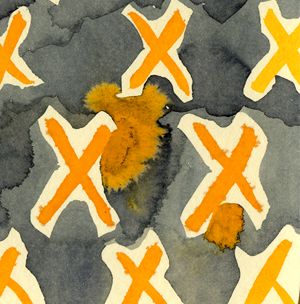 A worthwhile cause, to be sure, all proceeds going to Japanese non-profits involved with addressing the reactor situation in the wake of last year's earthquake and tsunami, so I'd recommend purchasing it even if, in truth, a good bit of the music I most highly anticipated didn't quite live up to my hopes.

The two-disc set leads off with John Tilbury performing Dave Smith's "Al contrary". I only know Smith's work from the Matchless release which I found oddly bland, not because of the relatively traditional structures which recalled the work of composers I love like Howard Skempton, but just some bothersome sense of vapidity, not dissimilar from the feeling I got from the piano work of a related composer/musician, John White. This piece recalls somewhat more early Gavin Bryars, the dreamier portions of the "Hommages" album for example. Though Tilbury, as always, plays superbly and is a joy to listen to in and of himself, the music seesaws in this back and forth pattern, never quite evoking the kind of mystery that Bryars, in his prime (long since past) could achieve. It's not bad, just a bit lacking, a bit over-smooth and formulaic.

There follows perhaps my favorite piece on this collection, "Foreign Grey", by Magda Mayas, a wonderfully rich and imaginative exploration of inside-piano that manages to avoid most cliches and, more importantly work really well as a solid,purposeful piece. She refers obliquely to neo-Romantic traditions (I hear a bit of Rzewski late in the track) but never does so fawningly, merely a polite nod as she forges her own way. The finest things I've heard from Mayas, really lovely. The first disc concludes with a relatively unabrasive performance by the quartet of Choi Joonyong, Joe Foster, Hong Chulki and Jin Sangtae which is also quite good.

The second problematic work for me, after the Smith, is Michael Pisaro's "The Bell-Maker" (inspired by Tarkovsky?), performed by Greg Stuart. As originally written, if I understand correctly, the piece uses a tape made by stuart in which he plays a huge number of highly pitched, metallic percussion instruments (chimes, glockenspiels, small bells and bowls, etc. as well as a soft ratcheting element) which is then interacted with by an ensemble of indeterminate size. Here, we only have the percussion element which is pleasing enough o listen to--the elements are silvery, prickly and fine--but as a whole sounds rather amorphous and lax. As with other recent music of Pisaro's, I may well be missing something that would pull things together for me but as is, it's a pleasant listen, no more, no less.

Greg Kelley closes things out with a solo piece which, again, is fine if not revelatory, harsh, squeezed breath, sputters and growls.

So, all in all, something of a mixed bag for me. Worth getting (aside from minimally helping out with the Fukushima disaster) for the Mayas, Krebs and Korean quartet in any case.