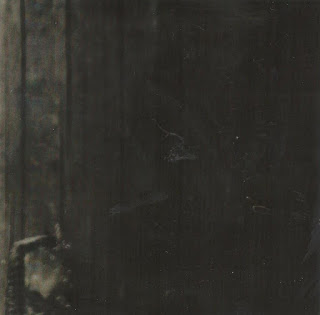 Percussionist Chołoniewski presents five solo pieces. My first exposure to his work, I believe, and the initial piece raised my hopes, a soft, thoughtful exposition on muted bells. From the second track on, though, we're very much in Andrew Cyrille/Milford Graves territory, almost as though their "Dialogue of the Drums" had been seared into his memory. Not a bad source, of course, not at all, and Chołoniewski delivers a soulful, rich and energetic set. He tones things down for a couple of cuts, some bowing involved, before closing with a more forceful variation on the struck metal theme, evoking a mixture of gamelan and free jazz (heavy on the floor toms) that's very appealing. Good record, one of the better solo percussion things I've heard lately and, at a mere 18 1/2 minutes, a nice length as well. 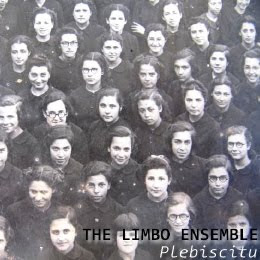 The brainchild of Portuguese reed player/electronicist Paulo Chagas, who solicited contributions from nine musicians scattered around the globe (including our own Massimo Magee as well as cellist Travis Johnson and bassist/percussionist Bruno Duplant), parsed through them choosing two to four selections per tracks, then added in himself. That last causes some problems though, to these ears, the whole notion doesn't quite gel here. The "solos" themselves are hit and miss though it's pointless to really criticize or praise them as all that matters is how they're used by Chagas and, generally, I find that effort to be uninspiring. THere are numerous times when I'd rather Chagas sat himself out as, for example in the third track (with Magee, Johnson and guitarist Thomas Olsson), things seem to be preceding along just fine without him. That "vanity project" aspect intrudes fairly often. Things coalesce a bit more on the final two tracks but, all in all, not very memorable. 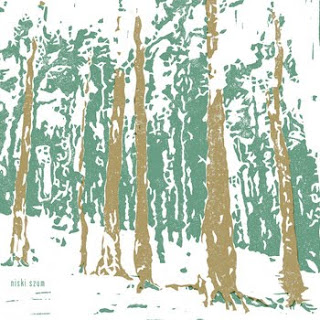 Not often one hears Robert Frost lines around here...Niski Szum (gotta love that nom) is Marcin Dymiter (vocals, guitar) and on two of the four tracks here, he breaks out that old warhorse, "Stopping By the Woods on a Snowy Evening". The opener, "Blues from the Green Hills", has something of a Frithian air to it, an attractive, propelled piece of overlaid guitars, loping along pleasantly enough. "The Woods, Part 1" brings in the Frost. There's kind of a moody, folk aspect, Dymiter's Polish-accented English charming, softly sung over a shimmering backdrop. "The River" is the longest track, something of a drone with maybe a bit much fuzz; there's a smoothness overall to Dymiter's work here that strains my interest, needs a bit more bite. The final track is a recapitulation of the second with a bit more instrumental time. As said, pleasant enough but in the end, one-dimensional. 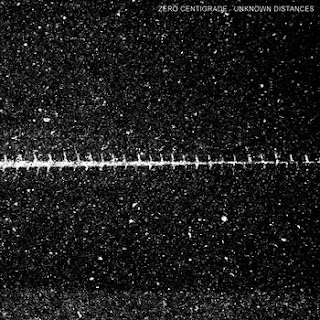 The first, warped guitar notes instantly recall Partch's stringed instruments, a reference that will always warm this heart. It's a nice contrast, the resonant guitar with occasional, very deep strums offset by the squeezed, breathy trumpet. Guitar/trumpet isn't the most easily integrated combo one can imagine but Taiuti (who, btw, is credited with "composition" here; it seems pretty loose, generally, though some pieces have a clear dramatic structure) and De Luca do a good job, the former tending toward the clear, rich and ringing, the latter more strangulated and extreme. Perhaps a bit of sameness settles in over the course of the disc, but the pair is consistently imaginative enough to make it a worthwhile journey. 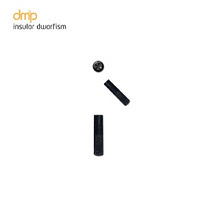 Kinda gabby and noisy--think Brotzmann and Zorn with Thomas Lehn at his most active. The sax playing, for all it's "freedom", is bland, sounding like any random efi session from 1985 or so, the improvisations are formless as well, containing no surprise, intriguing textures, etc., and the electronics are pretty basic. Nothing special here, keep moving.