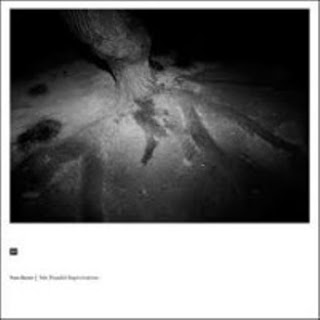 Bocian had preciously released a couple of Baxter solos on 45rpm vinyl; sometimes I thought it worked well in that format at that length, other times I wanted to hear the music more expanded. Well, got my wish on the latter here, with a 35-minute LP, eight tracks of varied percussion. It's all quite full and active on Side One, but at the same time, there's not much of a sense of fussiness or bravura playing. Things grow quiet on the flip side, much crinkling of material at first, then a flurry of toms and light metallic clatter. Echoes of Le Quan Ninh perhaps, maybe a hint of Beins as well.

Good recording, worth checking out. 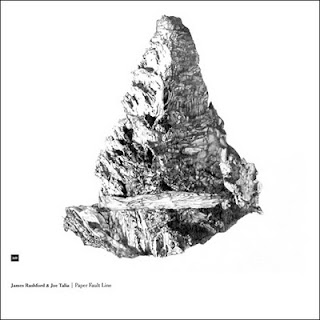 How to describe? Side One is a fine welter of noise, with tones of percussion that tends towards the mid-range and higher pitched end of things, with electronics weaving in and out, the whole thing surging and ebbing. Like the Baxter above, very busy but without a feeling of fussiness, advancing with fervor, then retreating to bubble about and reconsider. The organ is surprising when it enters at the side's conclusion, tonal and church-like (or, at least, funereal).

The obverse side has more of a concrète feel at the beginning, but once again the organ appears, this time more deeply ethereal, with a faint choral aspect. The music continues in a slightly spooky vein, with glass-like tinkling and high keening provided by bowed material. There's an abrupt stoppage (no cuts are listed, so I'm reading this as a continuous work), followed by isolated electro-percussive tones, reminds me of something...Jarrett/DeJohnette from Ruta & Daitya? not sure. In any case, quite enjoyable and I'm interested in hearing more from this pair. 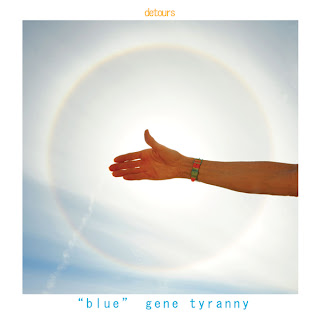 Tyranny has always been something of a puzzle for me. First hearing him as part of Robert Ashley's ensemble, I took his keyboard work to be rather tongue-in-cheek, the flashiness and obvious technical prowess a kind of commentary on same, similar to the horror/enticement of the cocktail lounge-ish music, expertly done but quease-inducing. But on his solo piece on the brilliant "New Music from Antarctica" compilation, the modestly titled, "The World's Greatest Piano Player", he really seemed to revel in the raucous honky-tonkin' and I thought, hmmm, maybe this is really where his head is at. Subsequent music has more or less steered me in that direction, though I always retain an itch that has me wondering if I shouldn't be taking the music at face value, if, somewhere down there, Tyranny is chuckling...

In any case, I'm choosing to take this recording as it comes. Four works, delicate and tonal, sometimes possessing a Satie tinge, more often carrying more than a whiff of Jarrett at his soloing best (without the pomp or angst). There's a gentle country aura in "13 Detours"; one can picture a house pianist in a rural bar, by himself around 3AM, ambling about the keyboard, trying out arcane variations on what he'd played earlier. "George Fox Searches" is both the most overtly Jarrettian (though much better) as well as the most effective piece, though Tyranny cites a Quaker hymn as a source. It's a quite beautiful, sprawling 19 minutes, always interesting, often achingly lovely.

The other two compositions use electronics and tape. "She Wore Red Shoes" has a touch of the Ashley-era throb with a clipped rhythm embellished by florid pianistics, pleasant enough. "Intuition" is dreamy, with held notes and taped sounds of fireworks and maybe a calliope?

Nice work. Does a part of me desire more meat? Yes, but it's a reasonable enough dish as is, occasionally wuite piquant! :-) 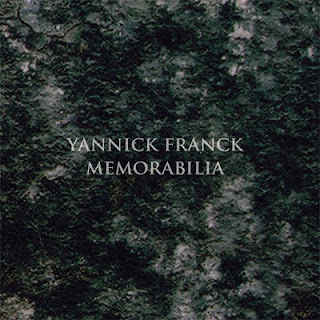 Six tracks of heavy, dark, slowly pulsing dronage. I'm afraid there's not too much else. Well-constructed and rich enough, but the kind of amorphous, throbbing mass that just can't hold my interest. Some annoying, if softly spoken vocal on the fifth track don't help. Nothing wrong with this, and of interest to those who really get into this area, but too indistinguishable from similar work by others and not nearly enough grit for yours truly.