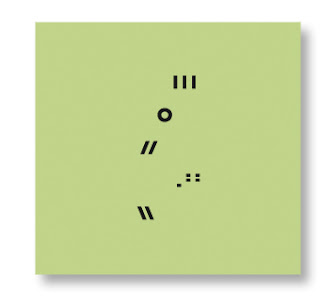 Wolff occupies a rather unique position in my evaluative process, always has. There's something about his music, generally, that I deeply love and admire but I'll be damned if I can routinely pick out what that something is and, in the meantime, I find his work very, very difficult. This is made all the more problematic by its seeming (on the surface) simplicity and often relative tonality. There's a slipperiness to it, a conflict between the "should be graspable" and "leaking through my fingers" that persistently baffles me. Which all goes to its beauty, I imagine.

Coincidentally, shortly after writing the above, I saw an exchange with Michael Pisaro and Jon Abbey on facebook in which the former complained about the blandness in most of the performances on Disc One here. Now, I take for granted that Michael knows vastly more about Wolff and has far more experience with his music than I do, so I place substantial trust in his opinions. That's part of the reason that makes me reluctant to critically comment on certain areas of music, and Wolff is often one. Because I simply don't have the breadth of listening experience to differentiate at that level. I listen to the first piece here, "Duo for Violinist and Pianist, 1961", performed by Cardew and János Négyesy, and it sounds fine to me, difficult to grasp in the manner I mentioned above, but very enjoyable. I'm sure I'm missing something, perhaps as simple as having four or five other renditions at my disposal and the time to compare.

In any case, this 2-disc set presents performances of a range of early Wolff pieces realized from 1956 to 2011. Several stellar performers including Cardew, Tudor, Nelly Boyd, Rzewski and Rowe. I imagine there are differing opinions as to Rzewski's pianistic gifts, some finding him too steely, but I've always loved his attack and he does wonderfully here on four pieces, three recorded in 1963 (I think the earliest I've heard Rzewski), one in 1971, spare and delicate. There are two versions of "Edges", the first by Gentle Fire (Richard Bernas, Hugh Davies, Graham Hearn, Stuart Jones and Michael Robinson) from 1974, which elicited especial condemnation on that interchange cited above. I can see the point a bit; there's a kind of narrative aspect that seems out of place. It's certainly rough and, to my ears, doesn't hold a candle to the Rowe, but I can't quite hear it as utterly offensive, the overall sound closer to what you might have heard from Davies' Music Improvisation Company from around the same time. But Rowe's version is stunning. Hyper-quiet, with a restraint that's almost painful, small shimmers, clicks, flutters, radio...truly, the "edges" of sound. Worth the price for this alone.

Other pieces I especially enjoyed included the strong, droney "Duo for Violins" played by Daniella Strasvogel and Biliana Voutchkova; "Stones" is almost always delightful and is so here; the four pieces played by Tudor ("For Pianist 1959", "For 1, 2 or 3 People, 1964", For Piano I, 1952" and "Suite (I)"), each managing to be incredibly incisive in such a free-flowing world; and the lovely "Drinks", for glasses and liquids.

There may be justified carps for more experienced Wolffians than I, but I found this a very fine exposition of a segment of his work and highly recommend it. 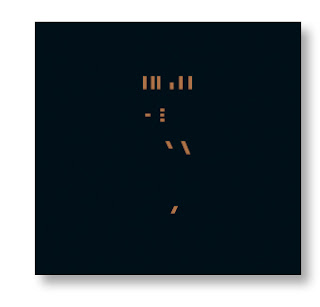 Heyn is new to me. My first impression, on the opening track, "K'TEN" (2005), was something out of the Louis Andriessen mold; specifically it sounded very similar to the early work of Andriessen disciple Michael Gordon (not the highest praise in my book). The second piece, "Sirènes", is an intense string quartet that reminded me of Lachenmann, though again, my knowledge of the latter is pretty minimal. After the third cut, "Prelude zu Ferro Canto #1", for tape and orchestra, I gave up having any stylistic expectations, especially seeing that the next work was titled, "Blues in B-flat" for solo cello (and a very excellent one, at that).

The overall tenor of Heyn's work, if this can be considered a representative sampling, is rather harsh and aggressive, with slashing strings, jangling, grinding percussion and a lot of fff-ery. That fullness--one is tempted to say overstuffedness--can be bracing at times but over the long haul, is a bit exhausting in the sense of having received the ideas only to have them driven home once again. This is fine, I suppose, and Heyn is adept at it. It's a case where one's love of the music may come down to one's appreciation of the kind of character the music evokes. Personally, I opt for the more reticent (as in Wolff, above) but others may well be swept away by the vehemence and violence evinced herein.

Hi Brian,
This showed up on my reader just now, and since you mentioned Jon's and my dialogue, I thought I might broaden the context just a bit. Christian Wolff is one of my three favorite composers of that generation (along with Alvin Lucier and James Tenney). HIs music is just as important to me as that of John Cage. There are very very few other musicians about whom I think as much. I think I've been involved in maybe 100 various performances of his music over the years. (I hope that doesn't sound like bragging-it's not a source of pride for me, but of happiness.) As you indicate, this makes me hypercritical of other performances of his music. This might actually come with the territory, since I find playing his music tends to make you committed to a certain way of doing it. (God knows, other Wolffians have been critical of my performances from time to time!)

I'm absolutely _thrilled_ that this disc exists - but am, as you say, not completely thrilled with every performance. But I think it's more a matter of taste than knowledge (though that also plays a role). There's no doubt that Frederick is a great performer - and he has done incredible work with Christian's music over the years. So my comment about that is pretty much along the lines of: great music, nice performance, but I'm aware of things by this combination I've enjoyed more. The Tudor contributions on the second disc set my mind on fire - I'd pay twice the price for those alone (and as often the case, having Tudor around tends to raise the bar for everything else).

There are several absolutely wonderful recordings of Christian's music out there, so I hope this will lead people to discover more.

This is really wordy, sorry about that. Very happy to see you review this.

not wordy at all, Michael, thanks very much!

I've actually had it on a brain-list of mine to get more familiar with Wolff over the last decade or so and have done so to some extent, live and on record, but not nearly enough. One of these days....

I'll have to pick this up.

I don't know a lot of Wolff but I do have the Gentle Fire LP that you mention and it is one that I really enjoy, without of course a lot to compare it to. Thanks for the review.

FWIW I can't understand the dislike of the Gentle Fire piece either. I really enjoy that piece a great deal.

I'll try and write about this album soon, but its not an easy one for me.

i was a bit surprised to see Volker Heyn's release on Edition RZ. Didn't hear it yet but makes me glad i was involved w a release of one of his accordion piece on L'Innomable (of course having Vinko Globokar there was a major factor of releasing it). Enjoying this particular Wolff's release these days on regular basis and find it a perfect companion to reading Source Music Of The Avantgarde book:) ... and Michael 'Stones' was really great moment in London especially after hectic travel there ... maybe i should ask why there was water sounds involved (if my ears weren't deceiving me of course)