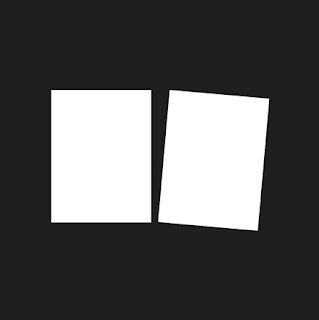 When does a harsh, disruptive, oddly-angled and altogether difficult set of music not work for me? And why? Damned if I know but this one fails to do the trick. I was thinking, while listening, of sets I've heard fairly recently by, for example, Richard Kamerman and Reed Evan Rosenberg (Tandem Electrics) that might, broadly speaking, fall into a similar area but which I greatly enjoyed. Something to do with the perceived flow, maybe, the internal logic that somewhere well below the surface, makes sense to me. Here, I could never really pick up any proper thread, which could well be my failing. Or perhaps Abbott and Yoshikawa intended no thread to be available. Maybe it's that too large a percentage of the sounds for my taste, evoked a kind of saxophonic emotionalism, the wailing feedback-y moans. Too wiggly here, too meandering there. Happily, you can listen for yourself and determine I know not whereof I speak (or hear): 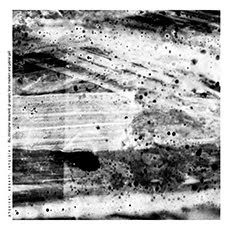 Good news: Richard Garet has started his own label, Contour Editions, and the first release is a compilation of five artists, once again--as has beenthe case quite often recently--all new to me.

OK, anyone who knows me knows how short my patience is for noms and can imagine what it took for me to get past a piece from someone going by the moniker, i8u (count to ten, Brian) but damn if this isn't a wonderful work. She (France Jobin) has been around for a while, actually, I've simply never encountered her that I can recall. "Rarefaction" is a drone piece but one containing exceptional warmth and wit. After several minutes, she introduces this luscious seesaw between a soft high hum and a super-low loud one, the relationship between the pitches sounding oddly familiar as though extracted and mutated from some pop standard. Very nice. Christopher Delaurent's two works are darker, airy rumbles spiced with poppage, that convey a fine, slate-like texture. Not bad, though maybe a bit similar to much other music in this area.

Gil Sansón presents a suite of eight shortish pieces that mix field recordings with electronics, some of which are very lovely on their own while others drift a bit aimlessly. Their relatedness, as well (perhaps intentionally) seems tenuous, though they're the kind of work that I feel I'd enjoy far, far more in situ, in a sizable room, rather than over speakers. The final track, by Brian Mackern and Gabriel Galli closes the disc out in excellent fashion. 14 minutes of Morse Code-infused, gritty hum, whine, whistle and assorted noise that is absolutely convincing and corporeal. Even the warped music box-y cum Jarrett-on-Fender-Rhodes-with-Miles sound emerges some ten minutes in manages to work. Good stuff, want to hear more from this pair.

Brian, the label name is authorised version, not authorized version.