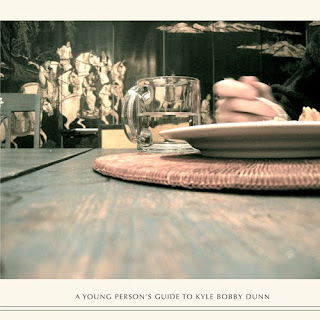 It's always interesting to speculate on aesthetic seepage, on how music that, in a give example, seems to be an obvious direct influence but turns out not to be, though one assumes it's present at two or three removes. To my ears, so much of what one might call (acknowledging the over generalization) "tonal ambient drone" carries the scent of Eno between, say, 1975 and 1985. Much of this entirely enjoyable 2-disc set did to me as well. I was even being more specific, mentally checking off "Evening Star" as a decided point of reference. But I happened to have an e-mail exchange with Dunn who said he was only marginally familiar with Eno's work and had never, in fact, heard "Evening Star".

So there you go. And while it's possibly unfair to compare the two, I daresay that fans of Eno during that period (his most creative, I might say) with enjoy this release as well. Dunn generally takes acoustic or found sources and transforms them ("letting them bleed" as he puts it) into shimmering drones that tend to evince multiple layers. He often uses what I think of as a kind of "French horn" tonality, a Bryars-ish quality I've always found attractive, implying a watery, foggy ambiance. The textures vary from piece to piece, throat-sing-y here, organ-y there, never harsh, often with slow, tidally repeating surges--very well constructed. The one work that breaks this mold is actually the one I like best, "Sets of Four", a stately, heartfelt piece for piano that recalls some of John Cale's early 70s music. Ultimately, the music is a hair on the gentle side for my taste, but listeners attuned to this area with find a rewarding experience. 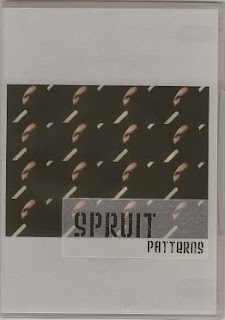 Spruitt set himself a challenge here, to create something perhaps less overbearing and in your face than his previous works. And there is an amount of space here, thought he surrounding sound is quite aggressive and virtually 3D in the manner it bursts from the silences. It's very filmic in the sense of abstract images flashing out against a white background, harsh and ragged, disappearing quickly. Not to suggest a comparison in quality, necessarily, but I found myself thinking of some Michael Snow videos, for example. So, yes, I guess it's less in one's face than prior music from Spruitt, but still
very much so, not so much as to be bothersome, though. Good, tough work.