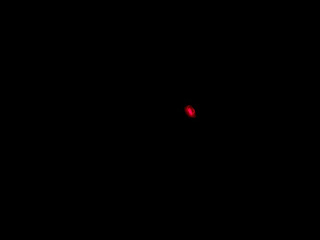 Struggling to recover from an exhausting and entirely enjoyable weekend in the company of Keith. I suppose I should offer capsule summations of the two evenings of concerts at Diapason in Brooklyn though be forewarned, I wasn't taking notes.

I was very pleased to meet Sebastian Lexer earlier on Saturday, who proved to be an all-around fine fellow, causing me to look forward to that evening's events with even more anticipation. The performance was structured solo (Lexer)/solo (Rowe)/duo and all three were fine. Lexer had studied for several years with John Tilbury and while you could clearly hear the influence in the touch and preparations, he was very much his own person in how he structured his solo. One thing that struck me was his balance in varying attacks--he moved from place to place, often running the sounds through software but also letting them generate "naturally", but never seemed to be going through any sort of mental catalog, just flowing unhurriedly, revisiting certain areas that would begin to register as themes or guideposts.

Rowe also has a recent penchant for returning to the scene of approaches or individual devices he'd abandoned in recent years. He's mentioned that, just as one doesn't want to come to depend on a given sense of structure or device, so one also should never be afraid to revisit them. This performance hearkened back to somewhere in the area of recordings like "harsh," or the kinds of sets he was doing circa 2004 (on the US tour with Fennesz, for instance), much denser and more layered than recent outings (eg, "contact"). Details seem superfluous, but I noted one relatively long exposure of a distorted Latino radio station that sounded especially marvelous in contest. The duo worked quite well, though my specific memory of it is hazier. It was one of those events that, a couple hours after it occurs, you think, "Yes, that was very satisfying." Lexer wasn't so reticent as one might have expected (or, rather, as I might have expected prior to hearing him ably debate his side of various issues that afternoon). When he struck loud, ringing chords amidst a sea of agitated calm, they sounded entirely appropriate, not forced. As earlier, there was good conversation to be heard, tendentious here, accommodating there. I'd love to hear this pair again.

Sunday evening combined Rowe with Sean Meehan for the first set and Jason Lescalleet, a week after their Boston show, for the second. Sean chose not to bring his cymbals and dowels to the gallery, opting for his fork, some rice and I think a handful of other devices (I was sitting toward the back of the chairs set-up and, in the dim light, had a view (a delightful one) of only the top of the snare drum itself and Sean's hands entering and leaving my "porthole".) As you might expect, the set was a very quiet one, though extremely intense, the pair exchanging considered comments, pausing to reflect, moving on. Nothing that would surprise a listener versed in the pair's music, but a very moving half-hour of music nonetheless, in many ways my favorite of the weekend.

I was very intrigued to see the second collaboration between Rowe and Lescalleet in the space of a week, having had issues with the first such affair in Boston the previous Sunday. The good news is that it was a far more cohesive set. The "bad" (it wasn't a bad set at all) was that the cohesion seemed to come via the technique of drone maintenance, something that struck me as too easy, as gratifying as it was in other ways. On his own, Jason's way of layering massive, irregular planks of sound atop and in between one another can be nothing less than thrilling to behold. With others, those planks can become opaque, leaving little entryway for his compadres. Of course, this can be approached as a challenge by those musicians but I get the sense it can be fairly daunting. And there may well have been more Rowe in play than I picked up in the first 15-20 minutes of the set (lasted about an hour?) but it seemed to be a Lescalleet tsunami of sorts, exciting on a visceral level, less so to me when thinking about it (perhaps something I shouldn't do?) Still, there were certainly moments. Jason introduced a slowed-down (backward?) tape with vocal sounds that was extremely evocative and eerie and at one point doused his raging arsenal completely allowing otherwise inaudible (and beautiful) Roweian sounds to percolate calmly/agitatedly for several minutes. I think I wanted more of that give and take and less of a tidal bore (I mean "bore" as a drilled hole, of course, not as...)

Then there was the ending. Lescalleet mysteriously faced the rear of the room, adjacent to a think column. Eventually it became apparent (when I say, "apparent", I mean that the decibel level rose to cochlea-shattering levels) that he was manipulating his beloved Slinky, pulling and stretching its contact mic'd coils and creating an ungodly welter of noise, circling around behind the column, advancing on the poor, newly-into-his-seventh-decade Rowe (who, incidentally, was unaware that this was to be the finale, as it were). Jason reached to a point right at Keith's side, the end of the Slinky ready to take a bite, when the maelstrom abruptly ceased--end of set.

Was it spectacular? Assuredly. Was it more than that? I don't know, but I don't think so. I should say that, as near as I can determine, I was in the extreme minority (not alone, though) insofar as having some qualms about the performance. Ed Howard, for example, has an excellent and tightly-observed review here. So take all the above with the usual grains of rice.

But all in all, a marvelous weekend in the company of some great people. Thanks Keith, Sebastian, Sean, Jason, Jon, Yuko, Richard. Aside from the music and folk, I finally made it to the legendary Sripraphai, a wonderful Korean restaurant on W. 32nd whose name I forget (plus the waiter wouldn't let me order the oysters wrapped in pork belly--next time!), fourth time at Hill Country BBQ and had the most delicious chocolate almond croissants I've ever encountered at Madeleine Patisserie on West 23rd St. I'm now very fat.
Posted by Brian Olewnick at 3/23/2010 10:14:00 AM

Reticence is certainly not an expectation I would have of Sebastian in any musical setting. If I had any doubts about the potential success of the Lexer/Rowe pairing (and I had very few doubts) then it would have been that Sebastian might be too "active" for Keith these days, but I am glad it went well.

one thing that became even more clear to me this weekend is how amazingly chameleon-like Keith can be in most collaborative contexts, maybe more than any other musician working in this area. the obvious example was the back to back Meehan/Lescalleet sets, but there are countless others.

so if you combine this quality with his recent interest in revisiting approaches and objects from his past and incorporating them into his current work (as Brian touches on), there's a remarkable amount of flexibility there.

oh wow brian - surprising mistake from you, and one i hope you'll get a tickle from me correcting and not find horrifyingly pedantic: keith just entered his *eighth* decade (ages zero-ten being the "first").

anyhow, nice to see your take, and great to see you and chat for a few.

You know, as I was typing that, I said to myself, "Wait, seventh or eighth?" But I was at work and lazy, so....good catch.

THAT IS WHAT HAPPENS WHEN YOU STEAL TIME FROM YOUR EMPLOYER!

I can' tell you how often I've said to my boss (VP of Finance), "I don't know how I made it through the day before the Net." seriously..

"drone maintenance" - will try to use this phrase more often. I feel it is meant as a criticism here (not for lack of perception), and if Keith/Jason was "merely" some drone maintenance, it was of the highest order: fluid and physical, without a hint of laziness.

anyway, as also expressed (by Jon) elsewhere on the internet - it's been great reading all the responses to these concerts - how we were all in the same place, same time, and perceived often just slightly different things.

Just started going through the photos I took from my trip and one from diapason made me think of your header image on this post. Check it out: Keith Rowe/Sean Meehan>